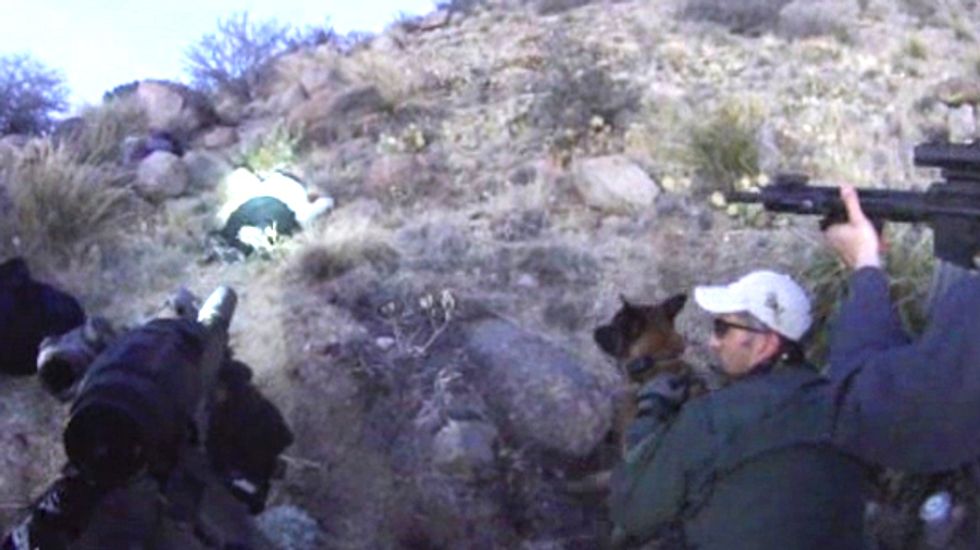 James Boyd had been camping March 16 in a restricted area in the foothills above the city after homeless shelters were closed, friends said.

Police negotiated for nearly five hours with the 36-year-old Boyd before an officer fired a flash-bang grenade at the homeless man, who appears disoriented and grabs a knife.

Boyd, who was a paranoid schizophrenic, was shot to death after taking a step toward officers.

The charges were announced Monday morning.

Albuquerque has one of the highest rates of police shootings in the nation, but the murder charges would be the first time an officer with the department had faced criminal charges for shooting someone in the line of duty.

New Mexico law permits prosecutors to file charges without a grand jury indictment, although the practice is rare.

The officers will be permitted to contest the charges at a preliminary hearing, and a District Court judge will then decide whether there is probable cause to bind the cases over for trial.

Watch video from the shooting posted online by KRQE-TV: