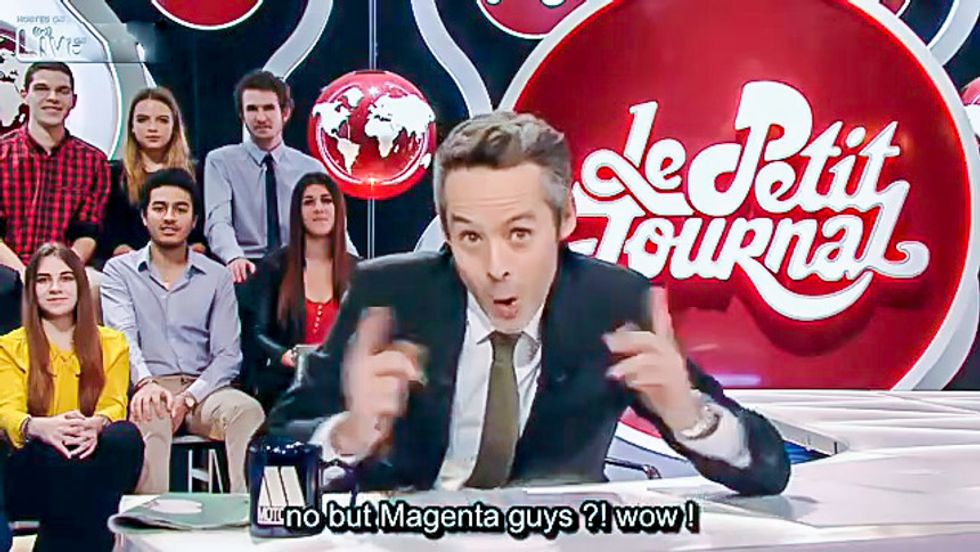 The French television show Le Petit Journal this week took on Fox & Friends after the show claimed that Paris was like Iraq and Afghanistan because Islamic radicals had taken over parts of the city.

In an interview with Fox News host Elisabeth Hasselbeck over the weekend, journalist Nolan Peterson had claimed that there were "741 no-go zones throughout France, and they’re located in these ghettos that have formed around the major cities."

“There are basically neighborhoods where French Muslims have coalesced because they can’t find housing or economic opportunity within the major French cities," he opined. "It was pretty scary. I’ve been to Afghanistan and Iraq and Kashmir, India, and at times, it felt like that, those places in these no-go zones."

“We didn’t allow Afghanistan to exist as a no-go zone of Islamist recruitment after 9/11, and that’s essentially what the French are letting happen in their own country," Peterson insisted.

But Snopes investigated the so-called "no-go zones" and found them to be a myth caused by an incorrect translation describing areas that were "targeted for urban renewal initiatives."

So, the Le Petit Journal live audience in Paris couldn't help but laugh when the host played the Fox News clip.

The host said that "our doubts about the truthfulness of the words of this specialist appeared when Barbie and Ken, the specialist on France, used the opinion poll" showing that 16 percent of French citizens supported ISIS, adding that the poll had been debunked by The Washington Post.

"The credibility of the Fox News clowns disappeared when they show a map of Paris with some 'no-go zones'," the host continued.

Gasps and laughter could be heard in the audience as the clip showed the areas of Paris that Fox News had determined were "no-go zones."

"It seems some here know Paris," the host observed.

Just as Fox has often sent Jesse Watters and John Stossel out on the streets of New York to mock liberals, Le Petit Journal sent a team of reporters to the "no-go zones" to lampoon Fox News.

The team traveled from Quartier Belleville to Quartier Marenta to Quartier Barbès to Quartier La Chapelle. Some Parisians were confused about why anyone would think Paris was like Iraq and Afghanistan. Others found the idea to be insulting.

"Your question is stupid," one woman told the reporters.

Watch the video below from Le Petit Journal via LiveLeak.