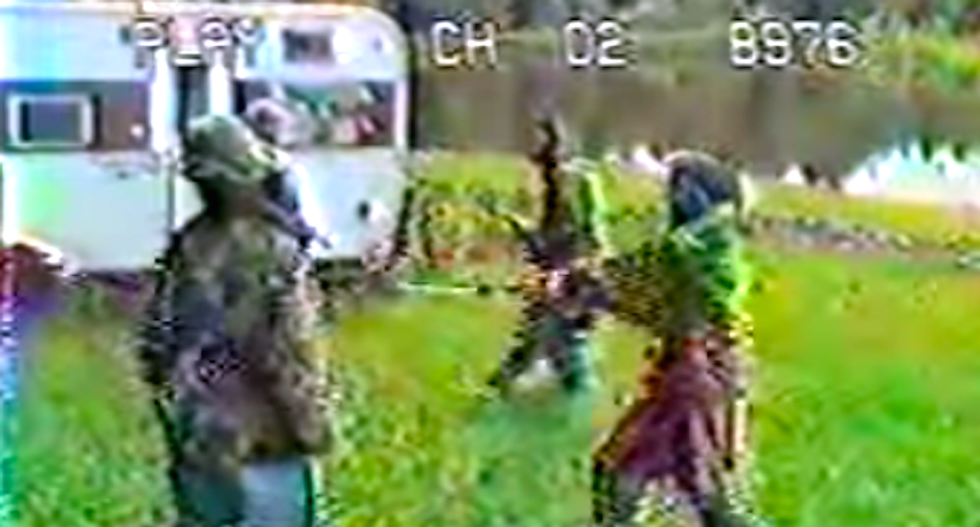 The Muslims of America are headquartered at the 70-acre “Islamberg” retreat near Onalaska in Lewis County, where the group has been accused of conducting paramilitary exercises and maintaining links to Islamic extremists.

The rumors are so widespread that the FBI has looked into them, and local law enforcement said they’ve frequently been called about the group’s activities.

“It’s kind of perplexing to us, all this recent media attention in regard to potential terrorist training camps and things that are going on there,” said Delaware County Sheriff Craig Dumont. “We don’t see it. We just don’t find any of that to be valid at this time.”

Rumors about the Islamberg compound have been circulating for years but gained recent attention after the terror attacks in Paris.

Investigators said they had visited the area but found no sign of suspicious activity.

“There was never any proof there was an active training camp,” said Dan Riordan, a detective with the Lewis County Sheriff’s Office. “We went out there on several contacts, never saw any thing to raise our flags.”

The sourcing for the reports tend to be circular in nature, referring back and forth to one another without citing any direct evidence of terrorist activities.

A 2009 documentary, “Homegrown Jihad: The Terrorist Camps Around U.S.,” is frequently cited as proof of the camp’s existence, along with an undated YouTube video that shows women engaged in paramilitary training that was purportedly filmed at the compound.

“Homegrown Jihad,” with was produced by PRB films in association with the Christian Action Network, explores alleged ties between the Muslims of America and a group formerly known as Jamaat ul-Fuqra that has been blamed for acts of violence.

The organization denies any current ties to Jamaat ul-Fuqra, which has been linked to the Pakistani cleric who founded the Muslims of America in the early 1980s.

The film’s producers say they learned about the alleged terrorist training camp from a report that was funded, but not published, by the by the U.S. Department of Justice in 2004.

The report, “Identifying the Links Between White Collar Crime and Terrorism,” lists suspected Jamaat ul-Fuqra activities throughout the U.S., and lists Onalaska as a “training compound” but does not include any evidence or sources to show why it was listed.

Martin Mawyer, founder of the Christian Action Network and one of the film’s producers, said he had “no knowledge” that such a training facility operated by Jamaat ul-Fuqra ever actually existed in Onalaska, but he suspects one did.

He dismissed claims by local law enforcement about their investigation of Onalaska or other alleged camps throughout the U.S.

“In our many travels trying to find these camps, we found local law enforcement to be the absolute worse (sic) in helping to identify the location of these communities — even when they existed right under their noses,” Mawyer said.