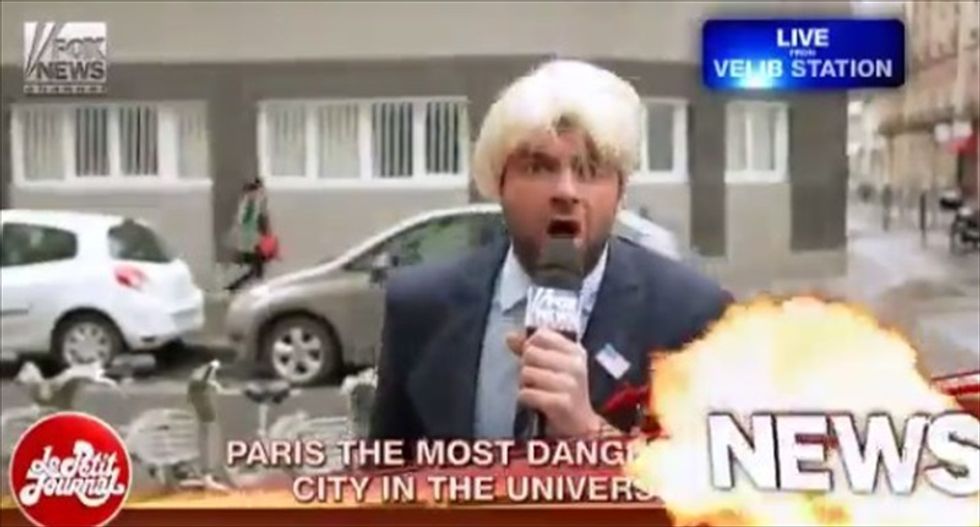 The French comedy program Le Petit Journal continued its mockery of Fox News with not only on-air sketches, but a campaign that generated thousands of responses from viewers, Crooks & Liars reported.

After host Yann Barthès and his team exposed the inaccuracy of Fox stories about "no-go zones" around Paris last Thursday, Le Petit Journal organized "Operation Shut the F*ck Up," calling on viewers to write emails or letters to Fox and demand that it apologize for its reporting.

The show subsequently said that Fox received between 20,000 and 40,000 messages as a result of the campaign.

"Your emails probably were not funny to Fox News," the show said on Twitter Monday morning. "But the U.S. Embassy appreciated them."

Fox did not mention the campaign, but did issue several on-air apologies over the weekend.

While viewers purportedly applied pressure against Fox off-screen, the show took another on-screen shot at the network, with correspondents "Mike" and "John" providing "on-the-scene" coverage from an alleged "no-go zone."

"Oh my God, a couscous!" John yells as the warning COUSCOUS ATTACK IN PARIS appears on the screen. "Very dangerous couscous in Paris."

Later, during a "massive alert," John breathlessly describes Mike's run-in with "an Islamist who stole a bicycle" -- who was actually a bearded and very confused-looking Parisian.

Watch Le Petit Journal's take-off on Fox report, as posted on Monday by Crooks & Liars, below.