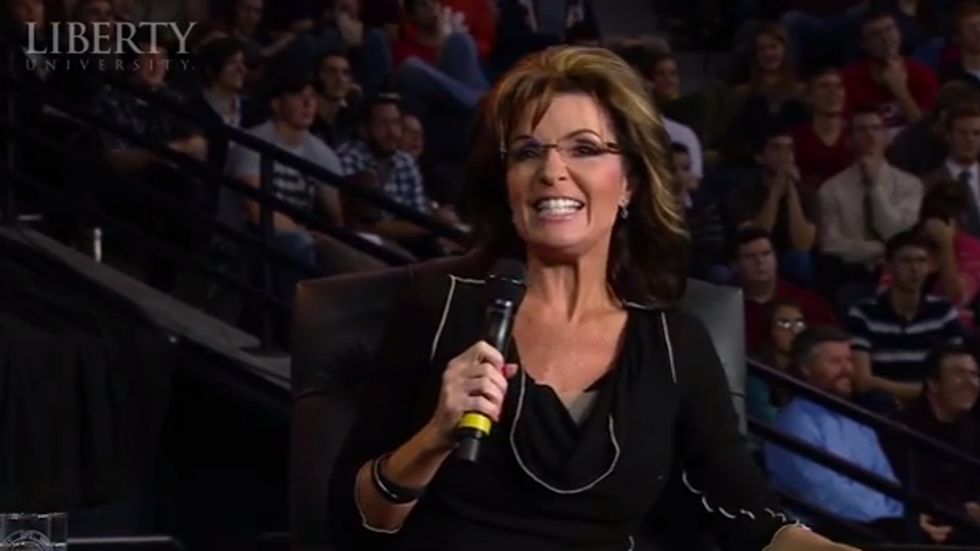 Former vice presidential nominee and current reality TV show host Sarah Palin has been invited to address the legendary Cambridge Union Society as part of their 200th anniversary, according to the Cambridge News.

The Cambridge Union Society, founded in 1815,  is the oldest continuously operating debating society in the world and has featured speakers over the years from President Theodore Roosevelt to British Prime Minister Winston Churchill to the Dalai Lama to physicist Stephen Hawking.

In 2013, the Union hosted atheist and evolutionary biologist Richard Dawkins in a contentious debate with former Archbishop of Canterbury Rowan Williams on the motion: ‘This House Believes Religion has no place in the 21st Century."

Palin is not expected to debate, but will instead give what is expected to be a memorable speech to the Union members.

In a 2010 speech to CPAC, Palin obliquely referred to conservative claims that President Barack Obama is not an American citizen while she addressed expanded background checks for gun purchases proposed by the administration.

The future reality show host also took a jab at the president and the first lady's appearances on TV, saying, "We don’t have leadership coming out of Washington. We have reality television. Except it’s really bad TV, and America tuned out a long time ago.”

In March of 2014, Palin once again addressed CPAC, and gave advice to the president on foreign policy, stating, "Mr. President. The only thing that stops a bad guy with a nuke is a good guy with a nuke.”

During that same speech, Palin claimed she read her own version of the Dr. Seuss classic 'Green Eggs and Ham' to her son Trig each night and proceeded to recite it for the delighted crowd. Later it was disclosed that her version came from a chain email that had been passed around since 2010.

One month later, Palin upset U.S. evangelicals when she told a packed house at the NRA's annual convention, “Waterboarding is how we baptize terrorists.”

Palin is slated to speak at the Cambridge Union on March 2.