CPAC: Guns, racism, and God — here’s what to expect at the right-wing’s annual carnival of crazies 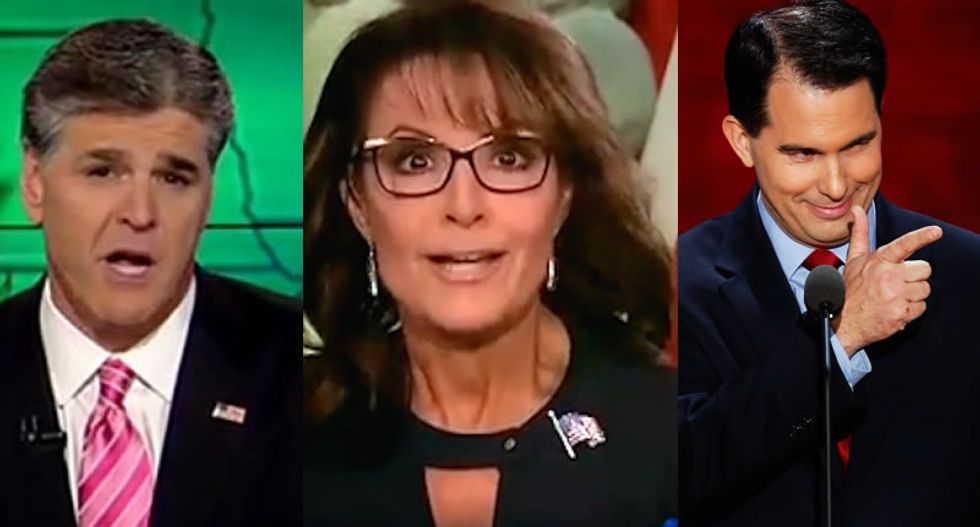 The Conservative Political Action Conference (CPAC) will kick into high gear with panels and speeches by potential 2016 presidential nominees like Wisconsin Governor Scott Walker and real estate tycoon Donald Trump. The conference got off to a rocky start, as its official mobile app confused the event's only two African-American featured speakers -- but if history is any indication, it is only likely to get worse.

In 2014, the conference featured Kentucky Senator Mitch McConnell striding across the stage with a rifle while "Living on a Prayer" blasted, Wisconsin Representative Paul Ryan plagiarizing stories about homeless children, former Alaska Governor Sarah Palin riffing on Green Eggs and Ham -- as well as the usual Hollywood- and blue-state bashing.

The winner of the presidential straw poll was Rand Paul.

The year before that, attendees defended slavery, condemned anyone who spoke in favor of same-sex marriage, and shouted down black women while wearing Revolutionary War costumes.

The winner of the presidential straw poll was, yet again, Rand Paul.

One of the most notable aspects of any CPAC is the public bickering that occurs between the various parts of the Republican coalition. After years of denying LGBT groups like GOProud a forum, CPAC finally allowed the Log Cabin Republicans to participate -- but only on a panel on how America should respond to increased Russian aggression, not only focused on gay rights or same-sex marriage.

Although the conference generally welcomes Islamaphobes, the 2013 conference wasn't friendly enough, as members of a Breitbart-sponsored panel argued that they were "banished" from the proceedings as part of a "stealth jihad" being waged by the conference organizers.

So what does the 2015 CPAC have in store? Apart from Rand Paul winning the presidential straw poll, the conference is sure to produce some fireworks as contenders for the GOP nomination vie to establish credibility with the Republican's religious and libertarian bases at the beginning of the 2016 election cycle.

While there is no guarantee that candidates who openly appeal to the party's fringes -- like Dr. Ben Carson, Sen. Ted Cruz, Gov. Bobby Jindal, former Gov. Sarah Palin, or former Sen. Rick Santorum -- will say something outrageous, it is unlikely that conservative talk radio personalities like Mark Levin, Laura Ingraham, and Sean Hannity spend three days in CPAC's politically rarefied air without uttering something ridiculous.