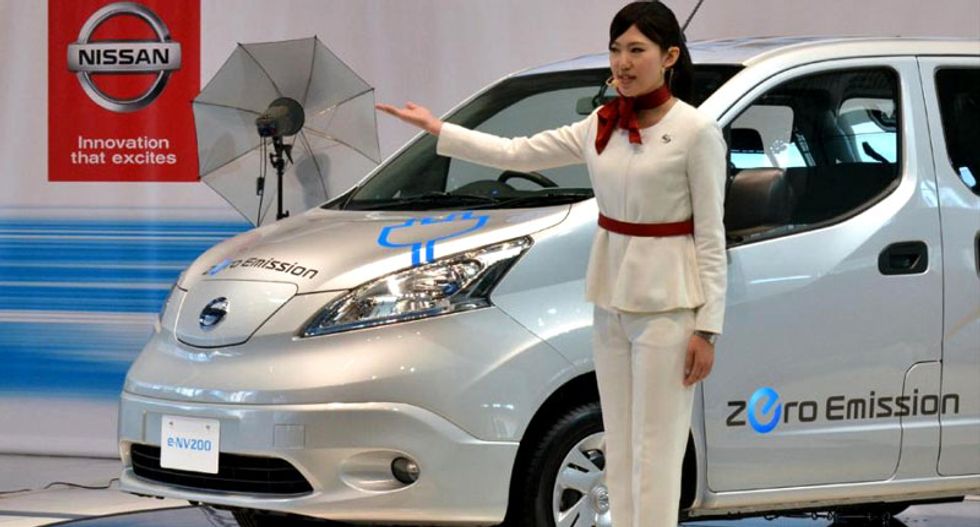 The country's number-two automaker Nissan says there are now 40,000 charging units -- including those inside private homes -- across the nation, compared with 34,000 petrol stations.

While gas stations have multiple pumps and can service many more cars, the figures underscore efforts to boost green-vehicle infrastructure in Japan, long a leader in a sector that remains tiny globally.

Nissan is betting on growing demand for electric cars, while rival Toyota said it has been swamped by orders for its first mass market hydrogen fuel-cell car, the Mirai sedan.

Fuel-cell cars are seen as the Holy Grail of green cars as they are powered by a chemical reaction between hydrogen and oxygen, which emits nothing more harmful than water from its exhaust.

But a limited driving range and lack of refuelling stations have hampered development of the green-car sector, which environmentalists say could play a vital role in cutting greenhouse gas emissions and slowing global warming.