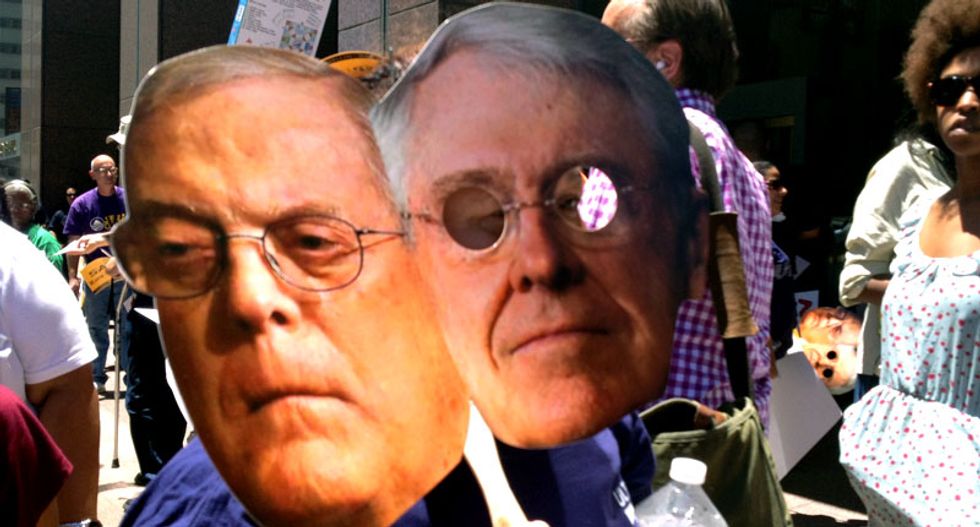 A Montana Republican made news earlier this month when he introduced a measure that would ban yoga pants, but his GOP colleagues have flooded the legislative session with more than a dozen similarly wacky bills.

GOP lawmakers have proposed bills to establish a uniformed state militia, exempt ammunition manufacturers from taxes to encourage them to make more bullets, allow hunting with silencers, nullify all federal gun laws, and allow concealed weapons to be carried on college campuses, in banks, and anywhere alcohol is served.

Legislators set dress code guidelines in December that reminded women lawmakers to “be sensitive to skirt lengths and necklines,” and one Democrat said a Republican colleague looked at her clothing and told her he was glad to see she was dressed appropriately.

Republicans have also proposed measures that would allow teachers to present “alternative” theories to evolution, and one bill would prohibit the state Board of Education from establishing math and reading standards while another would rescind existing standards.

Among the proposals are measures banning Sharia law and the United Nation’s nonbinding Agenda 21 agreement, which the sponsoring lawmaker said would “prevent us from being told what to do by an outside entity.”

Ironically, outside groups are directing much of this legislation.

“I wouldn’t say it’s more than a quarter or a third of the requests that come from outside,” said Susan Byorth Fox, executive director of the Legislative Services Division, which drafts the bills.

Democrats say the state’s term limits prevent lawmakers from gaining the necessary experience to draft quality legislation on their own, but Fox said even experienced legislators are working with Florida’s Foundation for Government Accountability and other out-of-state groups to draft bills.

“Just because it comes from outside the state doesn’t mean it won’t hit a nerve here,” she said. “But are they in Montana’s interests? I think that’s a legitimate question.”

Veteran state Sen. Fred Thomas (R-Stevensville) introduced a bill last month to limit food stamp assistance, saying he drafted the measure after hearing store cashiers claim that benefits were being used to buy energy drinks and frozen pizzas, among other items he disapproved.

However, the Bozeman Daily Chronicle obtained emails that show the right-wing FGA advocacy group based in Naples, Florida, had provided a boilerplate bill that Thomas essentially copied.

Americans for Prosperity, a Koch brothers advocacy group based in Virginia, has targeted Montana Republicans who refused to sign the organization’s blanket pledge against expanding Medicaid under the Affordable Care Act.

AFP and FGA have teamed up to influence legislators in Montana and elsewhere, including Florida, Georgia, Kansas, and Maine.

“It has been extremely helpful to have their assistance and data to educate us on Medicaid, food stamps, and other public projects,” said Thomas, who proposed the food stamp limits pushed by FGA. “They might be headquartered somewhere else, but their expertise is relevant here.”

Outside groups have also shaped the debate on water and land rights in the state, and one state senator – Jennifer Fielder (R-Thompson Falls) – has proposed several bills sought by conservative advocacy groups to loosen federal control of land management in the state.

Fielder seeks the large-scale transfer of federal land to state control, and her aims are clearly supported by AFP, whose state policy director urged lawmakers to support the state senator’s measure to prevent the federal government from selling public lands.

“This debate is about local state control rather than Washington, D.C. control,” AFP’s Joel Balyeat told lawmakers, who ultimately shot down the measure during a committee hearing.