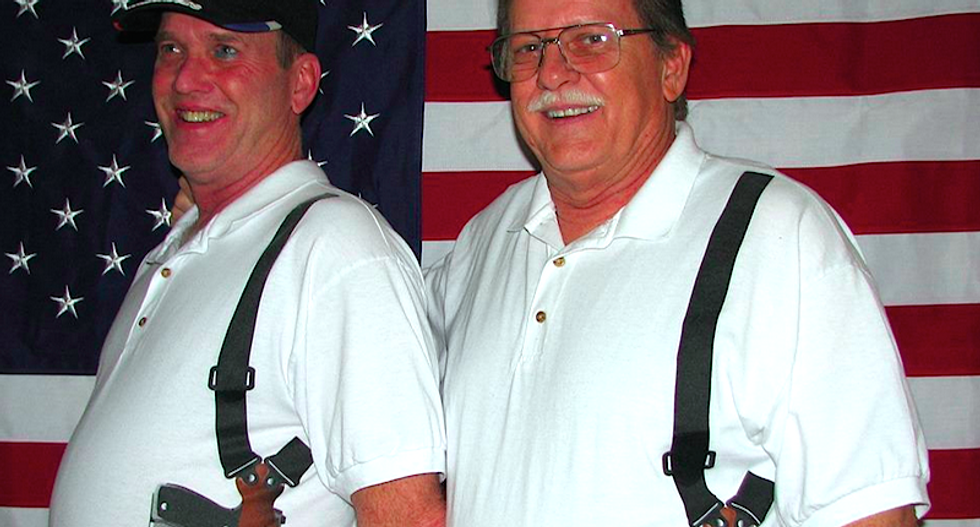 A Colorado business owner is selling T-shirts that show a realistic-looking holstered gun strapped to the wearer’s side.

“Freedom of speech, it’s your right, and it just has a little kick on the side,” Liebe said.

A Facebook page set up to promote the shirts promises they are sure to “drive anti-gun nuts crazy.”

But they also come with a pretty serious warning.

“Don’t put your hand on the shirt on the gun,” Liebe cautioned. “(The warning) lets them know that if a police officer gives you a command it’s because he sees your shirt at a distance and thinks you’re carrying a gun.”

He said law enforcement officers might overreact to what appears to be a genuine handgun in a leather strap holster, and Liebe said wearers should be prepared to avoid being shot and killed.

“Listen to the officer,” Liebe warned. “If he says, ‘freeze, halt, stop,’ just listen to him.”

Liebe, who said he first handed out the shirts for free to friends and customers before selling them, said he hasn’t heard of any conflicts with law enforcement over the garments.

He said he’s sold shirts to customers in Italy and military personnel stationed in Afghanistan, but even some pro-gun advocates admit the image could put wearers at risk of being shot.

"Open carry advocates that we are, even we would think twice about donning one of these and strolling down, say, Eighth Avenue in New York," said a pro-gun blogger at The Truth About Guns. "Wear what you want. Just be prepared for the very real potential for pearl clutching and, depending on your location, leather clearing."