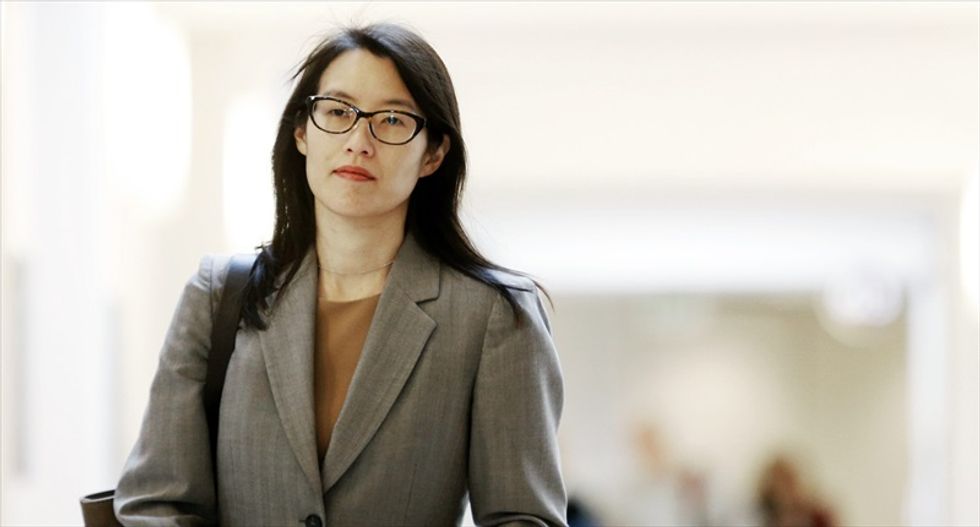 Ellen Pao walks to the courtroom before the start of her trial at San Francisco Superior Court in San Francisco, California on Feb. 23, 2015. Photo by Beck Diefenbach for Reuters.

Kleiner Perkins Caufield & Byers, the investment firm that has backed tech companies from Google to Amazon, fired a woman junior partner after she complained of gender discrimination, her lawyer said at trial on Tuesday.

Former Kleiner partner Ellen Pao accuses the firm of denying her promotions after she complained about harassment by a male partner. The case helped spark a broad discussion in Silicon Valley about sexism.

In San Francisco Superior Court on Tuesday, Pao's lawyer Alan Exelrod said in his opening statement that Kleiner had promoted only one woman to senior investing partner by 2011, despite more than 40 years in business.

"Was there a level playing field for Ellen Pao at Kleiner Perkins?" Exelrod said to the jury. "We will prove to you in this case that there was not."

Kleiner attorney Lynne Hermle said, however, that the firm excels at recruiting female executives and investing in businesses founded by women. The reason Pao was not promoted, Hermle said, is because she did not have the skills to be an investing partner.

"She did not come close," Hermle said.

Since Pao filed her lawsuit in 2012, women employees at Pantheon Ventures Ltd and CMEA, two other venture firms, and a co-founder at Tinder filed similar suits that were later settled.

In her lawsuit, Pao, now interim chief executive at social news service reddit, said her standing at Kleiner deteriorated after she ended a brief affair with a colleague, Ajit Nazre, who has also since left the firm.

Nazre could not be reached for comment and has not spoken publicly about the case.

In court, Exelrod said Nazre subsequently lured another female Kleiner advisor, Trae Vassallo, to New York for a purported business meeting. Nazre eventually propositioned Vassallo, appearing at her hotel door in a bathrobe, but Vassallo rebuffed him and then told Pao. Vassallo is scheduled to testify.

But Hermle said Kleiner partner John Doerr, a Google board member, has been "on a mission" to advance women in tech. Pao tries to "twist facts, circumstances and events" to support her contention of a conspiracy of gender bias at Kleiner, Hermle said.

Pao is seeking as much as $16 million from the firm, a lawyer for Kleiner Perkins has said. Kleiner could cite Pao's current compensation at reddit to rebut her claim that she missed out on income by not moving upward at the venture firm.