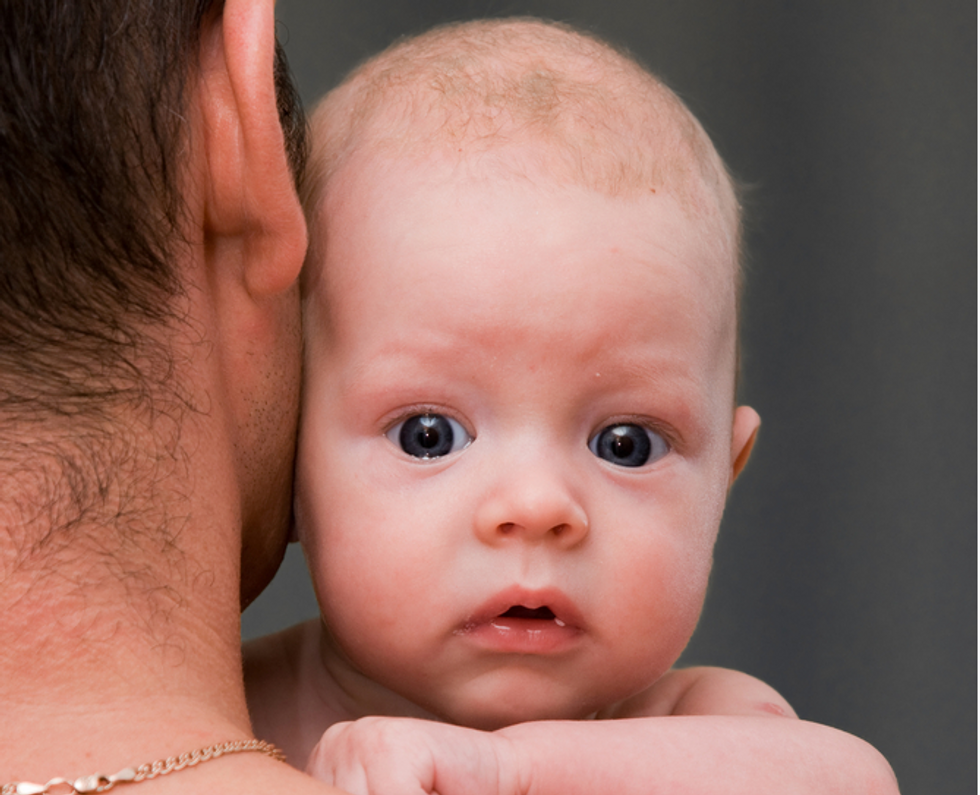 The Supreme Court has declined to hear a petition to overturn a lower court's ruling that a breastfeeding mother was not discriminated against and could not sue her employer. The woman's suit was dismissed by a trial court, but activists say that one of the trial court's findings -- that breastfeeding-related firings aren't sexist because men can lactate, too -- is ridiculous.

The ACLU's Galen Sherwin wrote Monday that former Nationwide Insurance Company employee Angela Ames sued her the company after she returned from maternity leave to find she was unable to pump breast milk for her baby during the day.

When Ames asked her supervisor for accommodations that would enable her to express milk and store it for her child, the supervisor reportedly responded that Ames should "go home and be with your babies" instead. That supervisor allegedly went on to dictate a letter of resignation to Ames that day, effectively forcing her to resign.

Last month, the U.S. Supreme Court denied Ames' petition for a review of her case's dismissal. The district court's decision -- which the Eight Circuit Court did not overturn -- said that Nationwide's treatment of Ames could not have been sexist because under certain circumstances, some men can lactate, too.

"The court's reasoning in this case echoes old Supreme Court pronouncements that discriminating against pregnant women at work isn't sex discrimination because both men and women can be non-pregnant," Sherwin wrote. "Congress long ago rejected this ridiculous reasoning when it passed the Pregnancy Discrimination Act. It's disheartening to see it resurface again."

The court also found that the dismissive statement that Ames should "go home and be with (her) babies" was in fact gender neutral and not directed at Ames because she was a new mother.

"As the ACLU and 11 other organizations argued in a brief supporting Angela's appeal, that comment reflects exactly the type of sex stereotype -- that women will be less committed to their work after having children, or that they belong at home taking care of the children -- that the federal law prohibiting sex discrimination in employment was aimed at eradicating," Sherwin wrote.

Additionally, the circumstances around the case indicate that Ames was pressured into agreeing to sign the letter of resignation when she was upset and in pain. It was her first day back from maternity leave and Nationwide denied her access to the company's "lactation room" for new mothers because they said they needed three days to process Ames' paperwork, a requirement no one had seen fit to tell Ames about until the day she returned to work.

A company nurse reportedly informed Ames that she could use a common area typically used by sick employees if she had to lactate that badly. The sick room, however, did not have a locking door and someone was occupying the room when Ames attempted to enter.

As Ames waited for the room to be clear, her breasts painfully swollen and beginning to leak, her supervisor came to her desk and informed her that she would be responsible for all of the work that she had missed during her leave time. All of it must be completed, said the supervisor, within the next two weeks -- meaning a considerable amount of overtime -- if Ames did not want to face disciplinary action.

Sherwin wrote, "She finally returned, in increasing panic and pain from the pressure in her breasts, to her department head to see if there was anything she could do to help her find a place to pump. That’s when the department head made the “just go home to be with your babies” comment and dictated her letter of resignation."

Ames' case, said Sherwin, "shines a harsh light on the multi-layered workings of structural discrimination: Workplace policies that don't make space for the realities of pregnancy and motherhood, employers' entrenched sex stereotypes and implicit bias, and courts that -- despite decades-old legal protections -- still manage to turn a blind eye to the pervasive discrimination faced every day by working women."

UPDATE: In a statement to Raw Story, Galen Sherwin of the ACLU wrote, "The trial court in the case dismissed her case on summary judgment, finding that the employer did not take adverse action against her because she had not complained internally about her treatment, and that even if she had, there was no sex discrimination because she did not fall under the class of people Title VII protects. The court held that what she experienced was not sex discrimination ('go home and be with your babies' was a gender-neutral comment) and that lactation was not protected under Title VII as a 'condition related to pregnancy or childbirth.' That was where the comment about men lactating came in. The full opinion should be linked to from my blog post by morning."

She continued, "Ames appealed the decision. The Eighth Circuit upheld the ruling that there was no adverse action, but declined to reach any of the other errors in the trial court's reasoning. Ames petitioned for rehearing: The panel granted rehearing and then issued another decision ruling essentially the same way."

"That decision," Sherwin concluded, "is what was appealed to the Supreme Court -- in other words, the only issue on appeal was essentially whether employees have to complain internally before resigning in order to argue that they were constructively discharged. The Court, in denying certiorari, let the Eighth Circuit's decision on that question stand. It did not, however, 'uphold' that decision or the trial court's decision -- rather, in declining to review it, it left it in place without taking any position either way. (I mention that because some other news reports have been incorrect about the impact of the Court's denial of cert)."