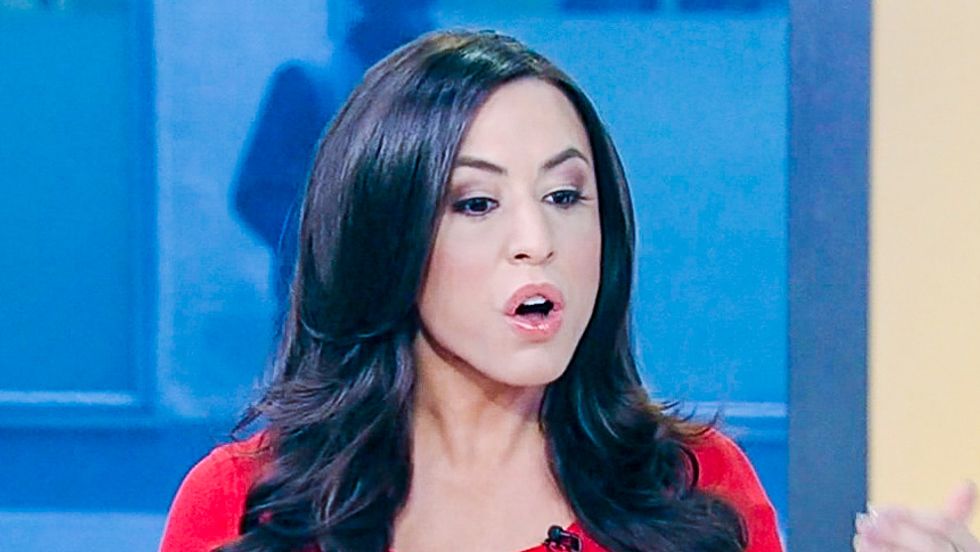 Fox News host Andrea Tantaros said on Thursday that women also needed to "take responsibility" when male fraternity members posted naked photos of them on Facebook without their permission.

Earlier this week, Penn State University suspended Kappa Delta Rho after it was discovered that several members had taken photos of unconscious naked women and circulated them online.

"I know that their defense is awful and not justified at all," Tantaros said of the fraternity members on Thursday. "But when they talk about the fact that frats do this, they do do this."

"Girls who get drunk at fraternities and pass out, whether it was a disposable camera when I was there, guys are going to take their picture, things are going to happen, you're going to get a reputation," she continued. "Now with social media, you can post these things online. And so, it's horrific."

"Look, guys can be pigs, and they do this kind of thing. And it's not right, but I remember it was happening at our school. If a girl got drunk and passed out, they took a picture and the picture was circulated."

Tantaros added: "The girls shouldn't get drunk and pass out."

But Fox Business host Melissa Francis countered that nude photographs could not be defended by saying "these are just antics, it's not immoral."

"Yeah, that was wrong," Tantaros agreed. "They should not have said that."

"Let me just clear my name before the feminazis tar and feather me," the Fox News host said. "I am not defending these boys in the fraternity. It's disgusting, and their excuse -- there is no justification for it."

"However, it does go on. So, people should be cautioned. Everybody has got to take responsibility here."

Watch the video below from Fox News' Outnumbered, broadcast March 19, 2015.