Are you a stingy tipper? You may have unresolved trust issues 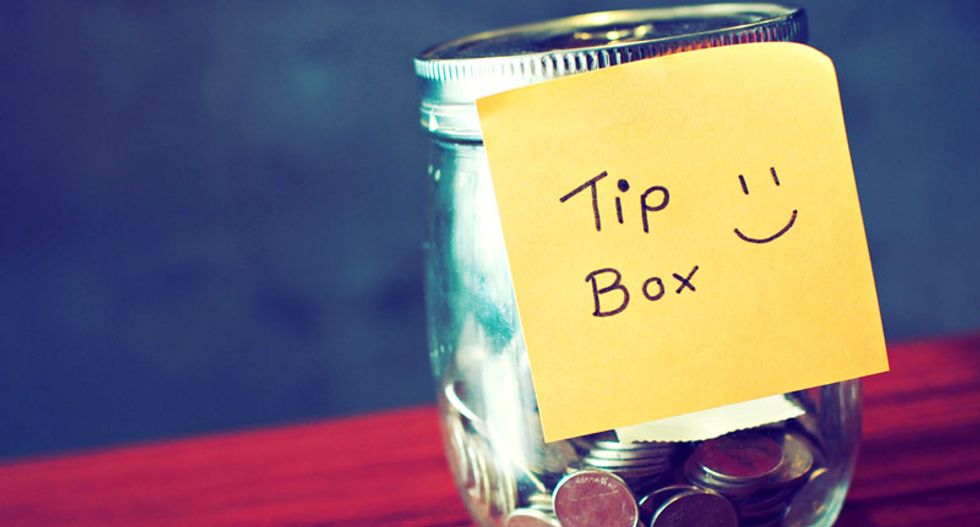 Editor’s note: this article is part of an occasional series exploring the custom of tipping.

A purely rational economic analysis of human behavior seems unable to explain why some societies tip waiters, busboys or taxi drivers and others don’t. Why are some known for being generous and others for being stingy?

That’s because there isn’t anything rational about it. We tip so that we get better service and food. It’s an incentive. But since we do it after finishing our meal, we lose the ability to incentivize the staff to improve the experience. So why tip if there is no reason it would change your (already consumed) service experience?

But then, whoever said we behave rationally? Well, at least not all the time. So maybe we can explain tipping in some other manner. Is it just a human thing to do, perhaps? That is, more emotional than rational?

An investigation of correlations between typical tipping rates in restaurants across dozens of countries and other metrics suggests exactly that. A key human trait linked to gratuity generosity is whether or not we tend to trust others. Countries that score higher in terms of “interpersonal trust” tend to be better tippers. Those that score lowest, tend to be stingier.

Of course, many factors can come into play in determining when we choose to tip, such as custom, how well paid service-sector employees are and how recognized the services in question are as professions.

But based on my research, trust does seem to be a factor.

The cost of experience

So even though rational analysis may be of little use, the field of economics does offer some other insights, since eating in a restaurant is essentially an economic transaction. And every transaction has a cost attached to it, whether monetary or non-monetary. An obvious cost of going to a restaurant is the actual price of the food. But what about the “experience” of eating in the restaurant? Does that come with a potential cost?

Restaurants typically don’t offer their customers a guarantee at the entrance or elsewhere that if the food or service doesn’t achieve a certain quality they don’t have to pay for their meals. But still when we step into a restaurant, we assume it will.

In other words, we trust the restaurant to provide a good experience during our meal. That is, trust helps us manage this other cost of the transaction of eating in the restaurant – that we might suffer a “bad experience” since how well it turns out is outside of our control. Will they use quality ingredients? Will the chef prepare our food with interest? Will our waiter be pleasant and helpful or rushed and cold?

When we feel that this trust has been acknowledged (in the form of good food, good service or both), we tip!

So how do we know this really happens?

I looked at tipping statistics on 77 countries and compared this data with a measure of interpersonal trust derived from various surveys. The so-called Trust Index is based on the percentage of respondents who say most people can be trusted minus the share who say “you never can be too careful,” plus 100 to create the final figure. For example, a Trust Index score of exactly 100 would mean half of those surveyed tend to trust others, and half interact with caution.

When I conducted a simple statistical analysis of whether the Trust Index can predict tipping rates, I found the analysis to provide some support to this hypothesis. Tipping rates were positively related to the Trust Index values, and in research terms, these results were “statistically significant” – a statistician’s way of saying they mean something.

Americans, for example, are the best tippers, with gratuities of about 17.5% of the bill. The US also ranked relatively high on the Trust Index, or 17th among 66 countries listed, with a score of 79 (meaning about 40% trust most people, while 60% don’t, assuming everyone agreed with one or the other statement). The average tipping rate in restaurants in these 77 countries was about 7.7%.

Quite a few countries can share the title for the least generous diners, who generally don’t seem to tip at all, and most score poorly in terms of trust. Turkey, Malaysia and Morocco, for example, rank at or near the bottom of both lists.

Additional analysis confirmed this observation – the relationship between trust and tipping is not all that straight forward. In fact, its quite “non-linear” in statistical jargon. So just because America’s Trust Index is about twice that of South Africa, it does not mean that tipping rates in the US is double those in the African country.

Brazil and Portugal, for example, had very low trust scores (17 and 21), yet residents tend to tip around 12.5%, above the 7.7% average for the 77 countries in all that I looked at. Meanwhile, Switzerland and Denmark are among the few countries ranked among the highest in terms of trust yet in both countries people don’t tip much. (Herein lies the complexity of the relationship, something that I intend to analyze further in the future.)

Apart from trust, I also tried to look at other factors to find correlations and help explain why we tip. Another one I thought worth investigating was the purchasing power of consumers in a given country – or essentially how wealthy they are. Are richer countries more generous?

An international measure of this idea is the Big Mac index. When I compared the Big Mac Index data with the figures on tipping, I found very little correlation. Trust was statistically more convincingly related to tipping levels than purchasing power.

So what should we make of this?

Have you ever had a great experience in a restaurant and walked away without giving a “proper” tip or any tip at all (for some reason or another)? I have done it a few times. Not intentionally, but sometimes because I miscalculated my tip or other times when I didn’t have enough cash and the restaurant did not accept a credit card.

How did I feel? Embarrassed, and if I might add, slightly guilty. On the other hand, when I do tip in a manner I feel is appropriate for the experience I received, I felt good about it.

But how might servers feel in such situations? Incidentally, I am also a professional in the food service industry, and I trained in my early life to work in restaurants. When I kept that trust of the customer, I felt good about it. On the other hand, when for some reason I broke that trust by providing poor service, it made me feel bad. Receiving a tip was always a moment of acknowledgment that I did a good job – though I must admit it wasn’t always because I did.

So what does this tell us about the custom of tipping? That tips might be an economic manifestation of acknowledging trust between the server and the customer. Removing tips without replacing them with “something else” that embodies this trust may lead to some unintended consequences. Would removing tips make servers feel less appreciated? Or would it make consumers feel relieved and over time adjust their service expectations?

This analysis doesn’t lend much support to whether or not we should abolish tipping and perhaps move to a system more common in Europe in which a service charge is automatically included. But my analysis does suggest that tipping represents this acknowledgment of trust. By itself then, trust is not a bad thing. If anything, it shows that we are more human than we sometimes give ourselves credit for.