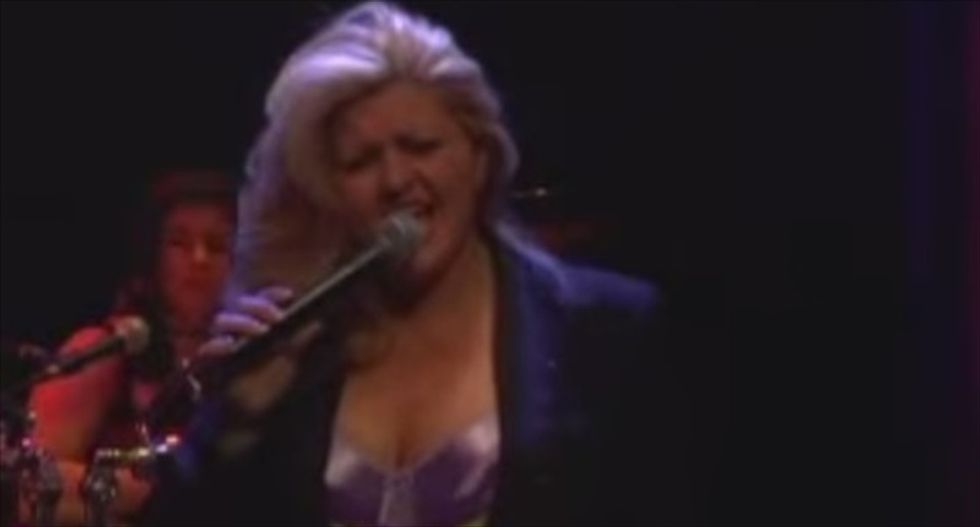 During her two years in office, Nevada state Assemblywoman Michele Fiore (R) has made national headlines for, among other things, pushing a bill that would allow cancer patients to wash the disease out, arguing that it is actually a fungus.

She also gained notoriety for telling a "colored" colleague that racism was a thing of the past, and for calling for "hot little girls" on college campuses to be armed.

But before becoming something of a figure of curiosity in the state legislature, the Cliven Bundy supporter had Hollywood dreams.

At least, that appears to be the idea behind Siren, a little-seen 2006 movie she co-wrote and produced. The director, identified as Pat Kerby, is described on the film's website as "accomplished and visionary."

But what the trailer appears to show is a basic-late night-cable quality rags-to-riches story, with Fiore playing a housewife who ventures into the music business, only to run into not only industry pressures, but tensions at home.

"You need to decide whether a record contract is more important than your marriage," says her husband (Gary Graham).

According to the Los Angeles Times, Fiore and her husband made the film on a $1 million budget.

Fiore described herself to the Times as an "official Sundance reject," since she went to promote the movie despite it not being part of the prestigious film festival. She set up several screenings, with one drawing 12 people.

"The distributors and producers are here. So I came out, walked up and down Main Street for two days, had the doors slammed in my face," she said at the time. "I was just looking for space to show the movie. Everyone said to me, 'You can't come here 10 days before Sundance and set up shop. You can't do this.'"

Fiore drew perhaps a wider audience last year when she called undocumented immigrants "terrorists" during an appearance on MSNBC's All In.

The trailer, as posted online, can be seen below.