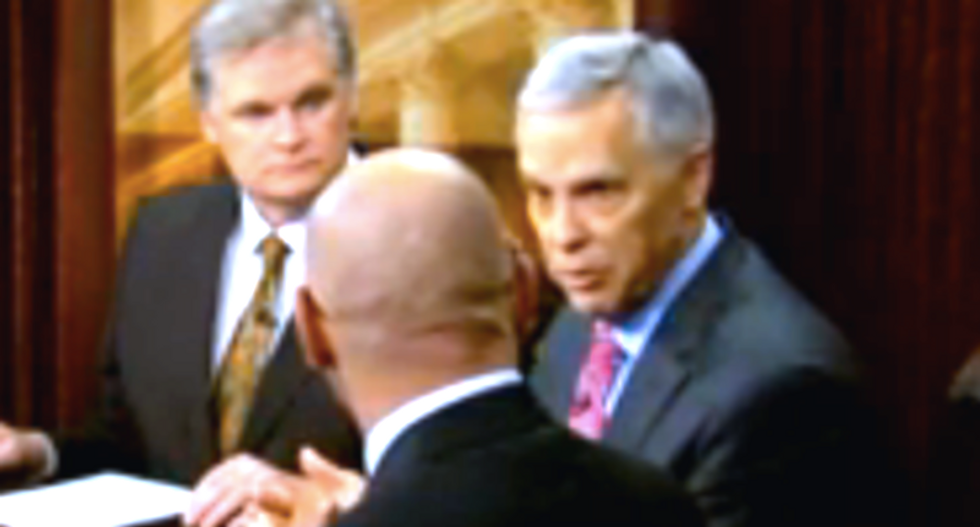 Oklahoma City’s former mayor suggested the city's school district was struggling because many whites had moved to the suburbs over the past two decades.

Kirk Humphreys, who served as mayor from 1998 and 2003, made the racist remarks during a discussion with the superintendent of Oklahoma City Schools on the “Flash Point” roundtable program he co-hosts on KFOR-TV, reported Blue Nation Review.

“If you were czar – which you’re not, but if you were – and you could change three things about public education as it relates to Oklahoma City schools, what would you change?” Humphreys asked Superintendent Rob Neu.

Neu said he would first ensure that school resources were deployed to those who need them the most.

“Which anybody would do in any situation,” said Humphreys, who lost a 2004 GOP primary for U.S. Senate. “Heck, we do that in our families.”

Co-host Mike Turpen pressed the superintendent to identify which groups of students most needed help.

He told the panelists that lawmakers must stop diverting funds away from helping those students.

“We’ve got to address these issues, and in particular, with boys that are either Hispanic or African-American,” Neu said. “If they’re not successful in school, they’re going to prison or they’re living a life of poverty or premature death, and they’re a burden on society.”

Turpen said 40 percent of those students were black and 40 percent were Hispanic, and he asked Neu to talk about “the demographics and unique challenge” they posed.

Neu said he had been working with the president of the University of Central Oklahoma to meet the needs of poor students, which he said was crucial for the metropolitan area’s economy.

Humphreys waded back into the conversation, relating how things had changed since he served on the school board of the city’s Putnam School District.

“When I went on the school board 30 (or) 25 years ago, a little over, we were probably the best school district in the state,” Humphreys said.

“We just happened to have the best gene pool,” he continued. “But that gene pool keeps moving out to Edmond, it’s now moving to Deer Creek, and they’ll keep running as long as they can buy green fields and gasoline for their car.”

As Blue Nation Review pointed out, Oklahoma City’s population went from 79.2 percent white in 1990, when Humphreys was a school board member, to 62.7 percent in 2010.

The black population grew from 10.5 percent to 15.1 percent during that period, while the Hispanic population exploded from 3.6 percent to 17.2 percent.

“That does not build a community, that does not build a city,” Humphreys said. “We have to fix the problems in education, that’s why we did (Metropolitan Area Projects) for Kids. We knew that bricks and mortar would not fix these schools, that it was a first step. But we do have to re-engage the community and work with our educators, not against them.”