WATCH: Ex-con goes off on Texas lawmakers as he demands open-carry: 'I'm a criminal, ask me' 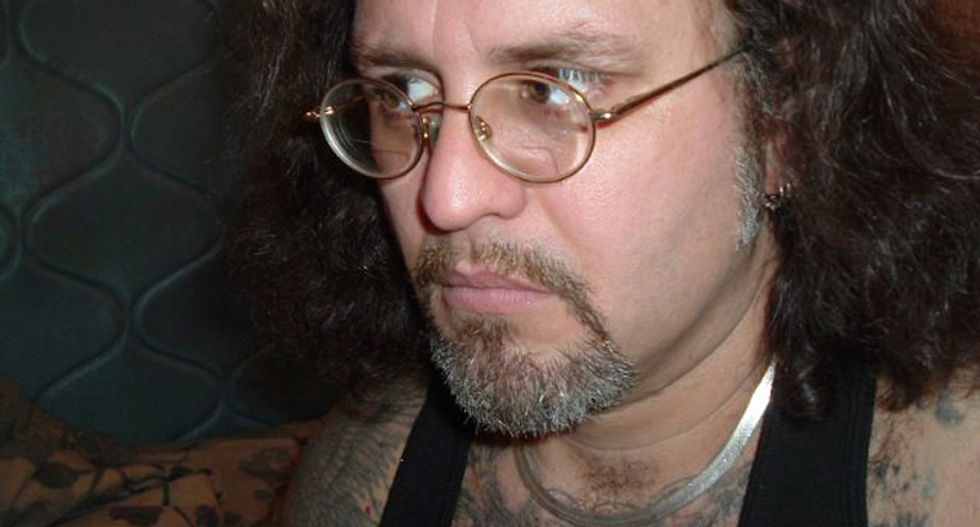 An ex-felon, who admitted to lawmakers that he spent over 17 years in prison, went off on a wild rant Tuesday afternoon during testimony at the Texas Statehouse as he  demanded they allow licensed hand gun permit holders the right to openly carry handguns.

William Brown III, who posts on Facebook as Revolution ATX, appeared before the Texas legislative panel testifying in support of an open-carry bill. He was accompanied at the table by a representative of pro-gun control group Moms Demand Action, which opposes the bill.

Prior to his testimony, Brown wrote on Facebook: "Sitting here in the Capital, waiting to testify for open carry. MDA skanks coming outta the woodwork. It's all good, no collectivist waste of life is gonna steal my bliss today..Got muh Meskins with me, they got my back!"

During his testimony, proceeded to go off on an angry rant using his experience in prison to press for open carry.

"I did seventeen and a half years in the worst prisons Texas has to offer, and there is an evil in the world that you cannot describe," he explained. "There aren't the words for it. I've at the table and listen to a man brag about killing children. Seems like have the people in this issue are living in some fantasy world of their own creation. They don't know what walks among them. You don't know until you've seen it, and I've seen it. I've sat the table and drank coffee with it. I've aten (sic) sandwiches out of the same bowl with it."

His voice rising, Brown said, "I will look each one of you in the eye, and I will ask you, 'How dare you strip anybody of their right to defend themselves from the unspeakable evil that walks in this world?'"

Following the conclusion of testimony from the representative of Moms Demand Action, who said she had no "hard evidence" that a loaded firearm deters crime, Brown rose from the table and began yelling at the lawmakers.

"You don't have any evidence open carry prevents crime and you've got a criminal standing in front of you? Ask me!" he exclaimed. "I'll give you the evidence, goddam right it prevents crime. What are you people, stupid? How damn dumb you got to be to say something like that, lady?"

Following his testimony, Brown admitted on Facebook that he had gone too far, writing: "Fuck it, they stole my bliss..."

On Facebook this morning, Brown addressed Moms Demand Action admitting that, as a convicted felon he can't carry a weapon, before directing his ire at them once again.

"You're the nihilistic slaves of fascism, hell-bent on sacrificing others on the altar of your own mediocrity. You reject reality, while desperately clinging to a destructive neurosis. You are inferiority personified, and the first to bow the knee," he wrote. "You are the waste product of human evolution...and you know it."

Watch the video below, uploaded to YouTube by CoCo Mars: