Will driverless cars put an end to traffic cops? 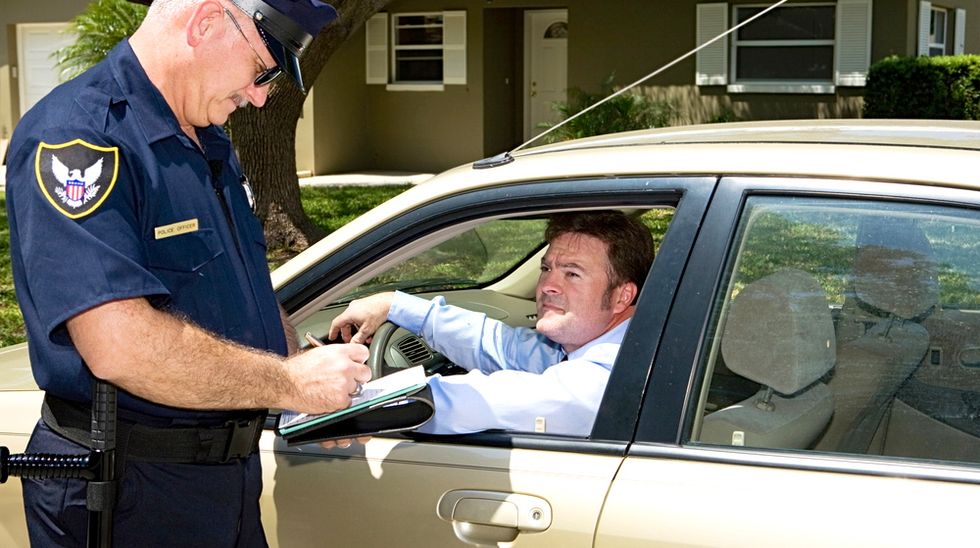 Recently, the McKinsey Global Institute published an article that predicted self-driving cars will disrupt major parts of the economy. Positive numbers from the article, such as 90% of all accidents would be prevented and commuters would gain 50 minutes a day of free time, were trumpeted in the news.

McKinsey, however, missed one of the key ways in which self-driving cars will dramatically alter society: they will have a tremendous impact on police forces around the world, potentially cutting the need for them in half.

While the goal of police and law enforcement is to reduce and prevent serious crime, much of their actual day-to-day work involves enforcing traffic rules and responding to accidents. Self-driving cars would mean far fewer police would be needed for these tasks.

The impact on police employment can be determined from Bureau of Justice Statistics (BOJ) surveys. Every three years the BOJ determines why people in the US have contact with the police. The most recent survey from 2011 shows (in appendix table 1) that 31 million people were involuntarily stopped by the police during the year. More than 85% of those stops were traffic related.

The most likely reason people were pulled over for a traffic violation was speeding. Laws against driving over the speed limit are on the books because slowing down drivers reduces the number of accidents and reduces fatalities when an accident does occur.

Autonomous cars, programmed to obey all traffic rules, would eliminate the need for enforcement of speed limits, illegal turns, running stop signs and lights and many other traffic infractions if cars drove themselves.

But pulling over speeders and other traffic violators isn’t the only way police interact with us in ways tied to our cars.

The survey shows that an additional 32 million people had other contacts with the police, such as participating in community policing programs or reporting a problem. Of these other contacts, 17% were because of traffic accidents.

Combined, more than half of all contacts with the police are related to vehicles. And almost all of these issues would likely go away once autonomous cars take over the roads, meaning the number of law enforcement professionals could be cut in half without reducing public safety. Earlier surveys that track just face-to-face contacts raise the percentage to almost 60%.

Benefits of fewer cops on the streets

Half or more of law enforcement professionals is a large number. The latest Justice Department census reports that about 1.2 million people were employed by local, county and state police forces. Any reduction in officers would have a significant impact on local and state government budgets, which allocate about $100 billion a year to police protection for citizens, plus billions more for retired officers’ pensions and health care. Active police forces comprise 5% of all local government spending.

Reducing that spending without affecting public safety would make many politicians and taxpayers quite happy.

Another important benefit is that there would also be fewer police deaths. Pulling over speeding drivers or helping disabled motorists is extremely dangerous for officers since cars are hurtling by only a few feet away. Since 2004 more than 600 officers have died in accidents. Of these, roughly 100 officers died after being hit by a vehicle and more than 400 were killed in a car or motorcycle accident. Self-driving vehicles will reduce officer deaths, since they are programmed to avoid hitting pedestrians and other vehicles.

Amid these benefits, there is an important negative impact of self-driving cars on crime. Around 4% of all people stopped for traffic violations each day are also searched by police. Some of these searches result in drivers being arrested on more serious charges.

Routine traffic violations have uncovered drugs and weapons and revealed people with outstanding warrants. One of the most famous traffic stops was when a state trooper stopped and arrested Oklahoma City bomber Timothy McVeigh in 1995 for not having a license plate. Since self-driving cars programmed to obey traffic laws will not be stopped, this will reduce the number of arrests and reduce the number of crimes solved.

The public presence of police also serves as a deterrent to crime. Routine traffic stops ensure the public is visibly reminded that officers are present. Reductions in police forces would reduce this visible deterrent and potentially increase criminal activity.

It is important to think about the impact of autonomous vehicles because they are not science fiction. Google’s self-driving car has already traveled more than 300,000 miles across California and Nevada without an accident and Delphi, a major parts supplier, is about to self-drive a car across the country.

While McKinsey identified a dramatic reduction in the auto repair business as a major casualty of self-driving cars, the industry employs fewer than 250,000 people nationwide. The impact will affect considerably more people in law enforcement than in auto repair because law enforcement employs far more people, with over 800,000 sworn officers plus 400,000 support staff.

Of course, only a few autonomous cars are currently on the road, so at the moment there’s no need to eliminate half of our police officers – or even a few of them. However, when autonomous vehicles appear widely on roads, much of the need for traffic enforcement will disappear. A reduction in the number of accidents will mean fewer police officers needed to take statements, reroute traffic around accident scenes and help deal with the aftermath.

So whose jobs will really disappear when self-driving cars take over? The answer is clear: the change will have a major impact on law enforcement. The consequences of this will be significant, and we should start thinking seriously about the ramifications of autonomous vehicles now.