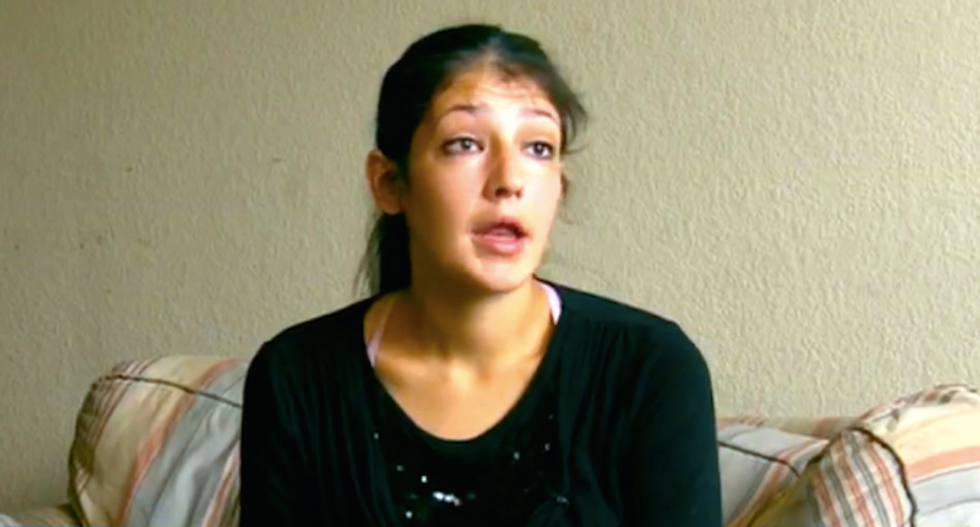 A fast food manager from Texas said she was fired after she refused to pay back money stolen during an armed robbery.

Marissa Holcomb, who is five months pregnant, said a masked man waving a gun burst into Popeyes during her shift March 31 and ordered employees to the floor, reported KHOU-TV.

The gunman then grabbed Holcomb, the shift manager, by the back of the shirt and ordered her to give him everything in the safe, she said.

However, Holcomb said she was unable to open the safe but was able to give the gunman nearly $400 from the Channelview eatery’s cash registers.

No one was injured in the armed robbery, which was recorded on surveillance video.

Holcomb said one of her managers gave her a choice after the robbery: Repay the money she handed over to the gunman or lose her job.

Holcomb said she was fired less than 36 hours after the armed robbery.

Z&H Foods Inc. which owns the Popeyes franchise, declined to comment on camera.

But a human resources representative told the TV station that Holcomb was fired for leaving too much money in the register – which she had previously done.

The representative said the company could not confirm that Holcomb had been ordered to repay the money or risk losing her job.

Officials at Popeyes corporate office in Georgia directed reporters to the franchise owner for comment.

Holcomb said the restaurant had been unusually busy the day of the robbery because of a $1.19 special on two-piece chicken meals, and she said the gunman made off with money made in just one hour.

Other restaurants require money to be moved from cash registers to limit employee liability for cash, the station reported.

Holcomb said she lost her job at a particularly difficult time, with a fourth child on the way.

"I mean, who's going to call me?” she said. “I'm 5 months pregnant. The fact that I got robbed at gunpoint and it's like nobody cares."