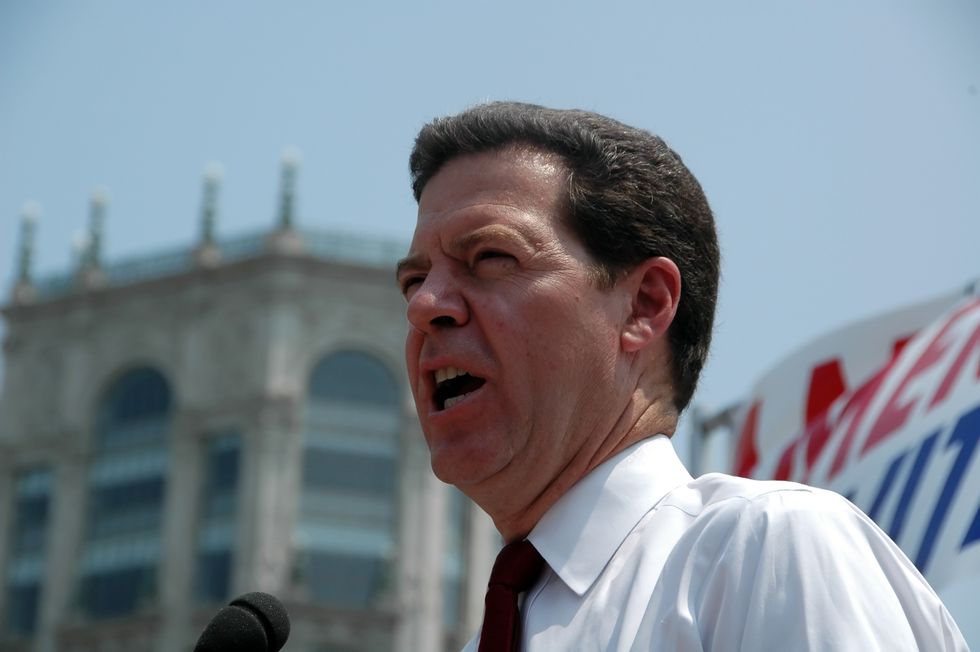 Let's say you're the Governor of Kansas. The tax cuts for the rich you pushed through a couple years ago mean you're in a world of budgetary hurt, and you're not sure how you're going to pay for basic expenses like roads and schools this year. What do you do? Repeal tax cuts? Absolutely not. You're Sam Brownback. You balance your books on the backs of the poor, and cite fiscal prudence as a moral justification.

The Washington Post reports that Republican officials in Kansas are pursuing increases in sales and excise taxes - which have the ultimate effect of making it more expensive to be poor. People who have less money can't afford to invest money like rich people; poor people have to spend their paychecks just to make it through the week. Consequently, sales taxes - as a matter of policy - proportionally punish people at the lower end of income spectrum.

And in Kansas, unlike many states, there are taxes on food. If Republican tax plans make it through the statehouse in Topeka, paying for groceries will become a bigger burden for cash-strapped families than it already is.

In its 2015 edition of "Who Pays: A Distributional Analysis of the Tax Systems in All Fifty States," the Institute on Taxation and Economic Policy counts Kansas among the 10 states with the "most regressive state and local tax systems." Taxes eat up 11.1 percent of income for the poorest 20 percent of Kansas residents. Meanwhile, Kansas' top one percent of earners forfeit a comparatively paltry 3.6 percent of their income.

Meg Wiehe of the Institute on Taxation and Economic Policy tells the Washington Post that, "Kansas has really shifted the responsibility for paying for taxes from those at the top with the most income, where income is growing, to those at the very bottom of the income spectrum, where incomes are stagnant or even declining."

Kansas passes some wacky laws. Brownback recently signed legislation that effectively makes it illegal for poor people to go to swimming pools (but not to buy guns, incidentally). In February, the state passed a bill making it possible to punish school teachers for assigning instructional materials the government doesn't like. In July, people in Kansas will be able to conceal carry weapons without the dreaded inconvenience of having to first obtain a permit. And, in a baffling move from a saving state money standpoint, Brownback signed legislation earlier this month that would make it possible to incarcerate juveniles as if they were adults, creating the need to devote even more resources to the state's already overstretched prison system.