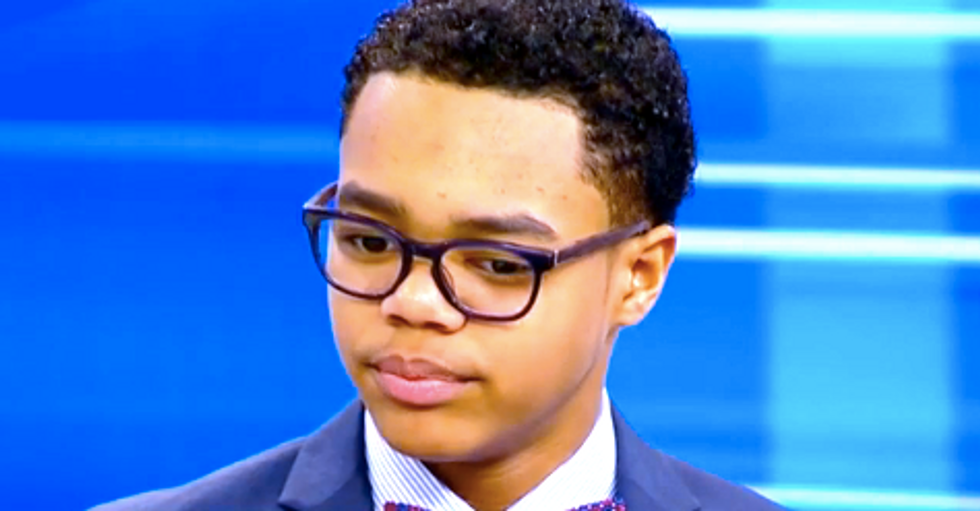 A Michigan teen said he is afraid to return to school after he recorded two classmates repeatedly taunting him with racial slurs on a school bus.

Phoenix Williams said the teens started telling racist jokes that they looked up in the school's computer lab, and he said the abuse continued on the way to a field trip, reported WDIV-TV.

The eighth-grader said he took out his cell phone March 13 and recorded the pair turned around in their seats and harassing him.

"I'll give you a piece of candy if you call Phoenix a dirty n****r,” one of the boys says.

Another boy grabbed his hat and tossed it toward the back of the bus, and the teens threatened to break his phone if he told on them, Phoenix said.

He said no other students spoke up in his defense.

Phoenix told his mother after school about the abuse, and Shanari Williams said she called administrators and asked that the tormentors be expelled.

However, she said school officials told her “that was not going to happen.”

Superintendent Robert Glass described the boys’ behavior as egregious and said he took appropriate action, but he declined to specify the terms of their punishment.

Shanari Williams said she believes one boy was suspended for two weeks and the other for two days, but both teens had returned to school by Monday.

She doesn’t believe the school is a safe environment for her son, an honor roll student who has been completing assignments from home since the incident.

The family of one of the teens who taunted Phoenix released a statement expressing their shame.

"As parents we are both embarrassed and disappointed by this inexcusable behavior by our son,” the statement read. “Under no circumstances do we condone such behavior."

The school district and Phoenix’s mother contacted police about the incident, and the Oakland County prosecutor is reviewing the incident as a possible ethnic intimidation case.

Watch this video report and interview posted online by WDIV-TV: