WATCH: Cop chases motorcyclist 38 miles for running stop sign -- then shoots him and kicks him off his bike 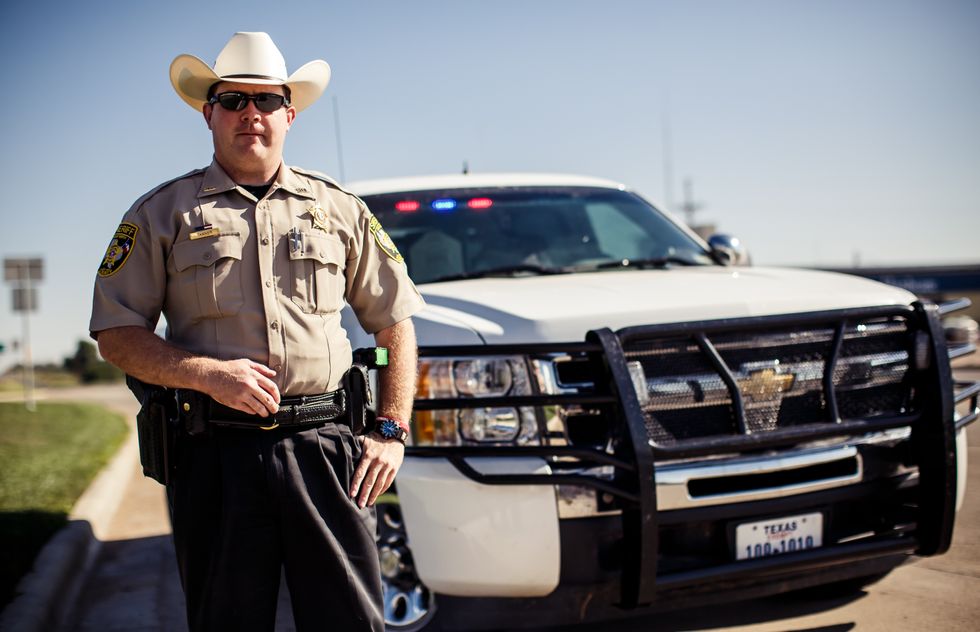 In researching the Texas Department of Public Safety’s history of using excessive force, the Austin American Statesman stumbled across footage of a high-speed police pursuit that lasted 38 miles and ended when the cop shot the suspect and forced him off his motorcycle with what the New York Daily News colorfully describes as a "leaping karate kick."

Just past midnight on December 23, 2012, in unincorporated Chambers County, Texas, 25-year-old Steven Gaydos ran a stop sign on his Suzuki 750. DPS Trooper Abraham Martinez, who happened to be waiting in a nearby parking lot, pulled out in his cop car in pursuit of the scofflaw motorcyclist.

But Gaydos didn't stop. And neither did Martinez. Hitting speeds of up to 130 miles an hour, Martinez followed Gaydos through nearly 40 miles of east Texas highway, and finally pulled alongside his target and, from the window of his vehicle, fired his .357 handgun four times. One of the bullets penetrated Gaydos' right thigh.

Injured, Gaydos finally pulled over and sat on his motorcycle to wait for police. Gaydos had been driving with a suspended license, and he hadn't wanted his motorcycle confiscated by police, but Gaydos' ability to flee had suddenly become more limited, what with the cop firing at him and the gunshot wound in the leg.

Martinez approached Gaydos on foot and launched an aerial kick directly into Gaydos' back, knocking the wounded motorcyclist onto the ground. Martinez promptly called for medical assistance, but the officer did receive three days of unpaid probation from DPS for violating excessive use of force regulations.

DPS instructors told the Statesman Martinez had received training on things like not shooting motorcyclists who run stop signs. Per DPS, Martinez would have learned that skill when studying "the agency’s ban on using tire-deflating devices on fleeing motorcycles so as not to cause a high-speed, possibly fatal crash." But, the Statesman reports, "Martinez said he didn’t recall that part of the class."

The Texas Department of Public Safety is notorious for firing first and shooting questions later. As when an airborne trooper fired on a pickup truck from his helicopter and killed two Guatemalan immigrants. Or when a DPS officer assaulted a handcuffed woman on the side of a Texas highway. Or when a DPS trooper pulled over a man on suspicion of DWI and proceeded to beat him unconscious.

Watch a Texas officer kick the man he suspects of running a stop sign, and had just shot in the leg, off of his motorcyle: