Bernie Sanders on the death penalty: The state shouldn't be in the business of killing people 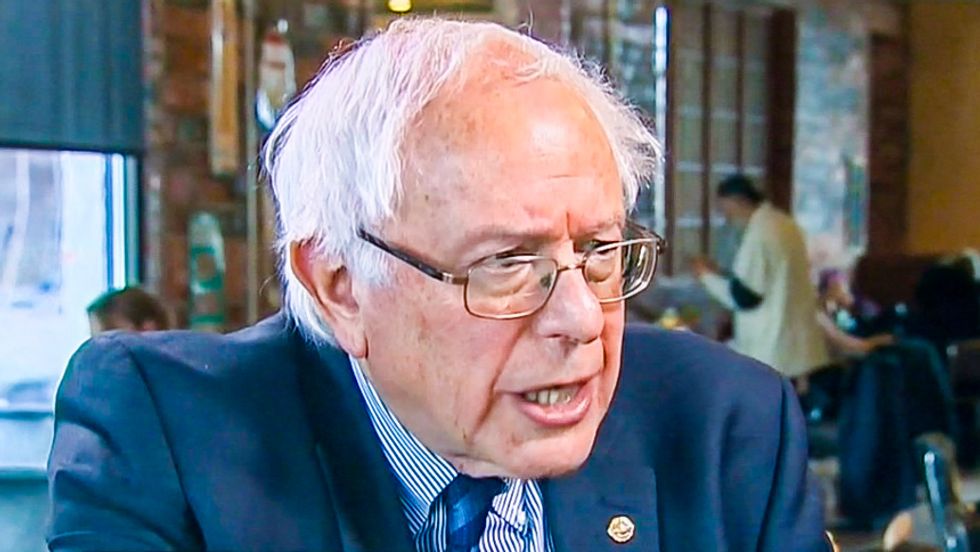 Not since 1988 has a presidential candidate for a major political party declared themselves opposed to the death penalty. In announcing his run for the presidency, Sen. Bernie Sanders (I-VT) has thrown down his gauntlet. During an appearance on "The Thom Hartmann Show" on May 1, a caller asked Sanders if he would end executions of the mentally ill. Sanders replied that he opposes all executions, offering a moral explanation for his position.

CALLER: Execution of the mentally ill, I think […] I'd be more inclined to vote for you if you were to sign an executive order to stop or make a stay on executions of the mentally ill. I think the right wing is actually using that subliminally so that we be afraid of them. [...]

SANDERS: Let me just give you an answer that I suspect not everybody will agree with. I am against capital punishment in general. I understand, and certainly for people who are mentally incapacitated who don't know what they're doing or what's happening to them—I think people have been executed who were not even aware of what was going on, and that's not something that a civilized nation should be engaged in. But in general, this is what I think. Look, there are people who commit horrendous, horrendous, horrendous crimes: we all know that. And we are furious at them, we can't understand their barbarity. But I think, as with so much violence in this world today, I just don't think the state itself, whether it's the state government or federal government, should be in the business of killing people. So when you have people who have done terrible, terrible things they're gonna spend the rest of their lives in jail, and that's a pretty harsh punishment. But I'm against capital punishment.

Polling on the death penalty has shifted rapidly in the past five years, from Democrats being evenly split on the issue to being opposed to it:

Recall that former Secretary Clinton is a lifelong advocate of capital punishment.