Ex-state trooper: Jim Bob Duggar lied and told me his son had molested only one girl 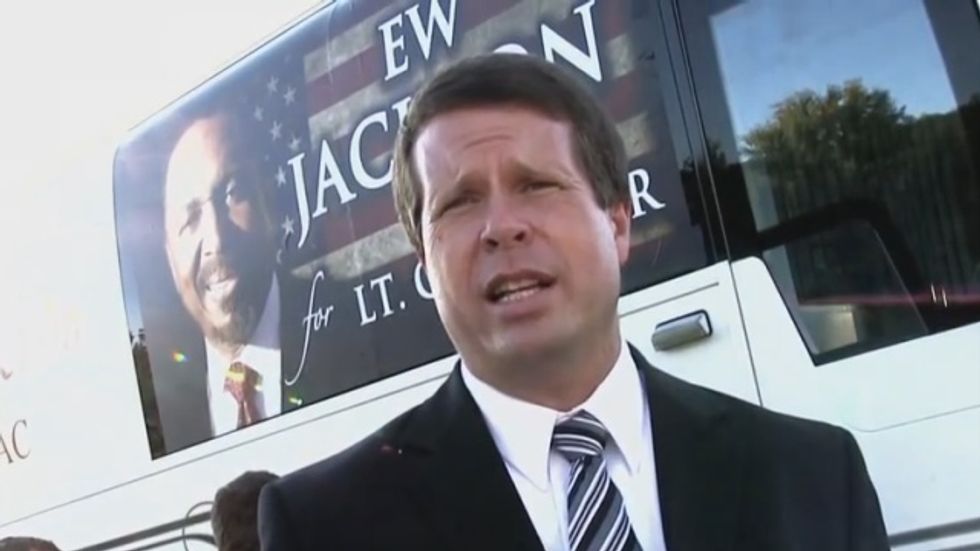 A former state trooper said Jim Bob Duggar – a one-time friend of his – lied when he brought his teenage son to him to discuss molestation claims, according to reports.

The reality show star said he took his eldest son, Josh Duggar, to meet with Joseph Hutchens, then an Arkansas state trooper and now serving a 56-year prison term for child pornography, a year after learning the teen had molested his sisters and at least one other girl.

But Hutchens said the patriarch of the “19 Kids and Counting” family lied to him and said the teen had molested only one girl, reported the InTouch Weekly.

“Jim Bob explained to me that Josh inappropriately touched [a victim] while she was asleep,” Hutchens told the magazine. “He said it only happened one time.”

Hutchens gave Josh Duggar “a very stern talk,” according to his father, but took no official action – but he told the magazine that he might have done more if he realized the extent of the abuse going on in the family’s home.

He served three years in prison but was arrested shortly after his 2010 release on four additional counts for distributing child pornography and remains in prison – where he spoke to an Arkansas lawyer on behalf of InTouch as part of an investigative report.

The magazine said nothing was promised in return to Hutchens in exchange for his cooperation.

The former law enforcement officer admits that he made the wrong decision by failing to report the child abuse to authorities – as required by law.

“I did what I thought was right, and obviously it wasn’t,” Hutchens said. “If I had to do it over again, I would have told him immediately I am going to call the hotline and contacted the trooper that worked those cases and have a full report made. I thought I could handle it myself."

However, the statute of limitations would have expired for prosecuting the 49-year-old Duggar for either Class D felony or Class A or B misdemeanor charges of child endangering.

His son was never prosecuted for sex abuse because the three-year statute of limitations had expired by the time other law enforcement officers found out about the case in 2006.