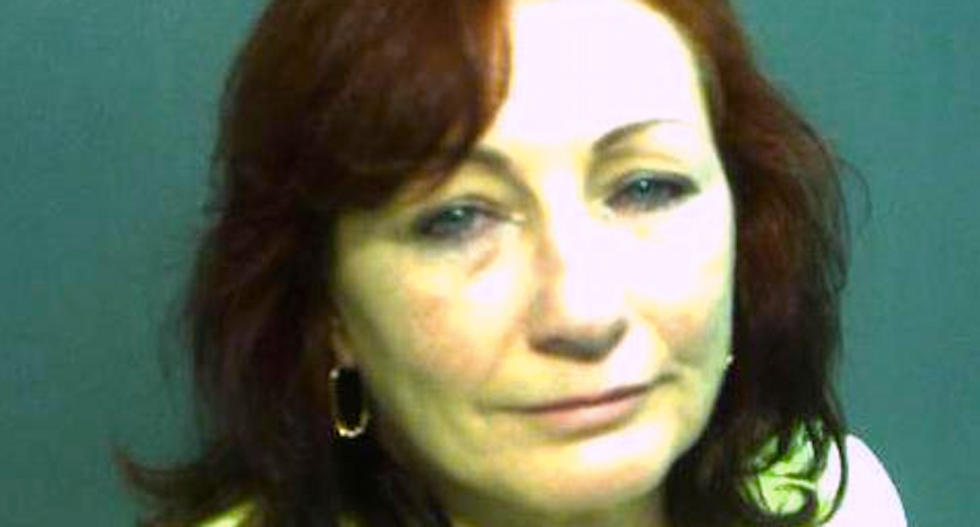 A Florida bar owner is accused of holding a black couple at gunpoint and making racist comments in a dispute over a cocktail.

Kayla Davis and her boyfriend, Darian Elwin, were celebrating his 20th birthday Saturday evening at the Orlando George & Dragon British Pub when she said the bar owner started bothering her, reported the Orlando Sentinel.

Davis, who had turned 21 two months earlier, asked Kim Bruns for a drink recommendation, and the bar owner mixed her a kamikaze cocktail.

"As soon as she gave it to me, she said, 'I'm watching you, and you better not give any drinks to minors,'" Davis said. "It felt weird and racist a little bit."

Davis said she returned the drink untouched after another bar employee checked up on her, and the couple told Bruns they were leaving.

Bruns told other customers to stop the couple from leaving, and police said she grabbed a .357-caliber Magnum Colt Python, pointed the weapon at Davis, and threatened to shoot her.

Police said the 51-year-old Bruns then threw a glass at Davis, but she missed and the glass shattered on the wall.

Elwin told police he offered to pay for the untouched cocktail if Bruns would let them leave, but he said the bar owner threatened him.

"I'll shoot you too if I have to. It's legal," Bruns said, according to the arrest report. "Call Jesse Jackson, mother*cker."

Police arrived at that point, and officers said Bruns became angry and refused to let them see surveillance video of the incident.

"I can't believe you would take those n*****s’ side over mine," Bruns said, according to the arrest report.

"It's all false accusations," Bruns told the newspaper. "I have black people who work for me. I have never used a racial slur."

She served 62 days in jail after a 2011 fight at a bar in Apopka, the newspaper reported.