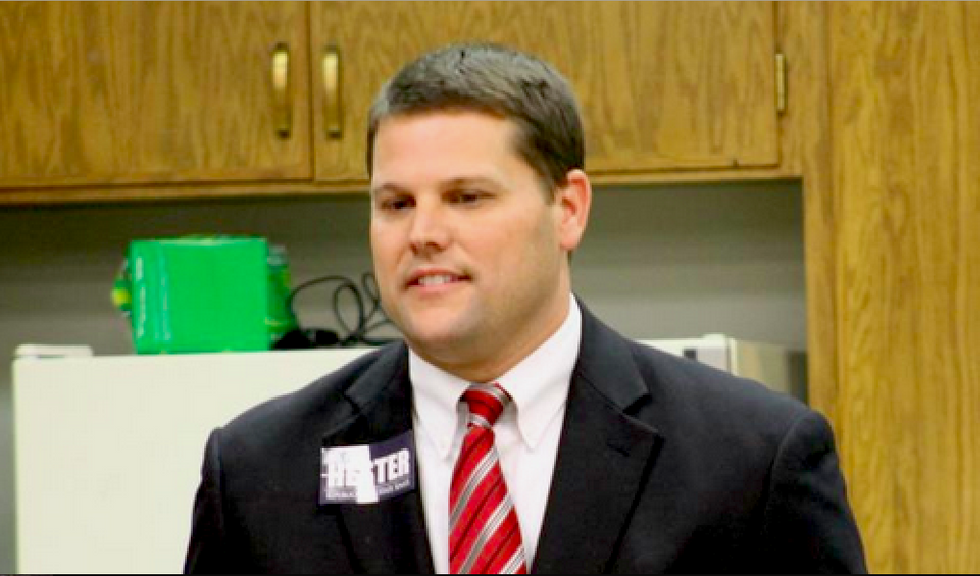 A Republican state lawmaker wants an Arkansas police chief fired -- and to possibly face criminal charges -- for complying with state law and releasing the police report in the Josh Duggar molestation case that a judge hastily ordered to be destroyed last week.

State Sen. Bart Hester (R-Cave Springs) told KSFM-TV that Kathy O’Kelley, chief of the Springdale police, had harmed Duggar’s sisters and other girls he admitted to fondling as they slept in 2002, when he was 14 years old.

“The law to protect minors’ identities is not a suggestion,” Hester said. “So sad to see the person charged with protecting the community being so reckless and irresponsible. I believe it is unavoidable that the Springdale police chief should be terminated. She has re-victimized these young ladies.”

The police report -- which redacted the victims' names as required by law -- was ordered destroyed Friday by Judge Stacy Zimmerman after Duggar, his wife, and parents issued statements about the case and TLC suspended airings of their reality show, "19 Kids and Counting."

The 27-year-old Duggar resigned his post with the anti-LGBT Family Research Council after the 2006 police investigation was made public last week by In Touch Weekly, which filed a state Freedom of Information Act request to investigate claims that have circulated online for years.

“From every indication I have, the chief and city attorney reluctantly did what they had to do to comply with the state (freedom of information) law,” said Dough Sprouse, the Springdale Mayor.

Hester, sponsor of an Arkansas bill similar to Indiana's anti-LGBT "Religious Freedom Restoration Act," wondered whether other sex abuse victims should worry that O’Kelley would publicize their identities.

“The city of Springdale’s liability seems endless on this,” Hester said. “I certainly anticipate criminal charges against Chief O’Kelley.”

Hester, a friend of the Duggar family, suggested that Arkansas State Police investigate O’Kelley, who has previously said she would retire June 30.

The police report, which contained enough details to identify some of Duggar’s sisters as his victims, was ordered destroyed last week by a judge appointed to two judicial committees by former Arkansas Gov. Mike Huckabee -- another Duggar family friend.

It's not known who requested the destruction of the police report, and the Arkansas Times report that no apparent notice was given until the report was destroyed -- which the newspaper suggested may have violated the law.

Several Republicans -- including Huckabee, who is running again for the GOP presidential nomination -- have rallied to the Duggar family’s defense.

"It's between the family members and was addressed a long time ago but it's new to the public," said state Sen. Jon Woods, who has known the family since 2005. "The family had time to heal and now the public needs time to heal."