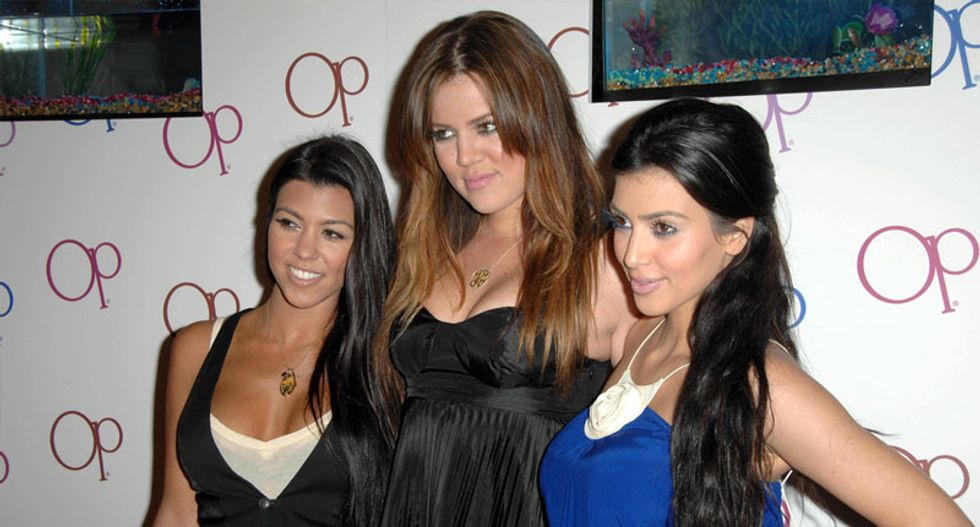 Many Americans have a conflicted relationship with the media they watch.

In particular, those who think of themselves as “cultured” tend to have a negative view of certain “low-brow” contemporary television shows. Scripted shows like Two and a Half Men and Reign are described as “banal” and “dumb,” while the latest crop of “trashy” reality shows – The Bachelorette, Keeping Up with the Kardashians – are to be enjoyed only by “hate-watching” them.

Nonetheless, these very same shows are watched by millions of people each week.

The popularity (and profitability) of reality TV has reshaped the landscape of television. In fact, many TV producers are purposely making “bad” shows to appeal to a certain type of viewer.

How can so many people complain so much about these shows – yet still watch them?

We sought to understand this seeming contradiction by going to the source and talking to self-described viewers of “bad” television.

Many of the people we interviewed found trashy television too offensive to watch, but there were others who kept on consuming, even as they described the shows as “awful,” “terrible,” and “just downright bad.”

Those we talked to were often what society considers to be “cultured” – upper-class, educated and comfortable talking about art or their favorite novelist. These sophisticated television viewers felt the contradiction of watching trashy television even more acutely than most; they struggled with the idea that, for all their appreciation of “good” culture, they found themselves repeatedly watching such “bad” TV.

In order to overcome the contradiction of condemning while also consuming, our interviewees generally resorted to three explanations.

Many cultured viewers actually feel quite badly about watching trashy television, but they can’t seem to stop themselves.

They feel ashamed, almost unclean, after watching an episode of Reign or The Bachelor, but they can’t help it.

As one 50-year-old nonprofit manager explained:

You feel a little dirty in a way…I’m like, “Oh my God. Why are you doing this to yourself, and why am I choosing to sit here and watch it when it’s just ridiculous?” I feel terrible about myself. I’m like, “I’ve wasted twenty minutes here, just watching America’s Next Top Model.” And, you know, I resolve never to do it again.

But she does watch again, like most other guilty pleasure viewers. And again. And again.

“Just one more episode,” they say. Or, “It’s been such a long day and my job is so demanding, it’s okay if I indulge in a little mindless crap at the end of the day.”

Most claim it is simply out of their control, like being unable to look away from a car crash. One university professor described why he watches Judge Judy like this:

There is an element there of being freaked out by something, and watching it is almost like watching a car wreck. You know, you are driving along the highway and you see a car smashed up, you slow down; it’s the same kind of thing.

Not all feel guilty about watching trashy television – some revel in it.

Ironic consumers, or “hipster viewers,” think that the shows they watch are really bad, but they still enjoy them: they derive great pleasure from making fun of a terrible show. To them, trashy television is – as the saying goes – “so bad it’s good.”

These viewers tend to watch trashy television from an emotional distance. They don’t really feel connected to the characters or care about their fates. (They are just there for the laughs, after all.)

Watching with this perspective allows them to feel superior to the show and its conventional viewers. A 28-year-old teacher who enjoys watching Hoarders stated:

It depicts such a bad scenario, but it’s pleasurable to watch because it makes you feel better about yourself…a person will think, “Thank God I’m not like that.”

In a way, by watching trashy TV from a position of superiority, ironic consumers can reaffirm their own self-perception of being cultured.

Audiences who view these shows as camp have more complex reasons behind their reasons for watching. Susan Sontag described “camp sensibility” as enjoying a cultural object that is so extravagant and exaggerated that it achieves a certain kind of “failed seriousness.”

Those with a camp sensibility don’t feel guilty, nor do they revel in the trashiness of bad television. Rather, these connoisseurs of bad culture have a strange kind of admiration – almost reverence – for really awful cultural products. As Sontag observed, “Camp is a tender feeling.”

One graduate student compared his enjoyment of 1980s B-movies to honoring an embarrassing cultural moment:

It’s a sort of a celebration of our failure. Like, I can’t believe someone spent so much time on this and it’s so bad; maybe that’s it, celebrating our failings.

Whereas ironic consumers feel apart and above the cultural object, a camp sensibility allows a viewer to identify with the creators of the movie or television show. They admire the vision of the producers and rejoice in its ultimately disastrous outcome.

We exist in a complicated cultural environment where we no longer take the products of media at face value. We make aesthetic and moral judgments about TV shows – “that was awful,” “this is trash” – but we keep on watching. Conflicted, we want to have it both ways; we try to hold on to the idea that we really do have “good taste,” even as we consume television we judge to be terrible.

Not surprisingly, television producers have caught on. Now “bad” shows are expressly produced for connoisseurs of trashy television. Shows like 16 and Pregnant, Jersey Shore, and True Blood can be specifically consumed as a guilty pleasure, ironically or with a camp sensibility.

All the while we try to remain aesthetically pure. We watch these “trashy” shows at a distance, in order not to be contaminated by the appearance of bad taste.

Charles McCoy is Assistant Professor of Sociology at SUNY Plattsburgh.

Roscoe Scarborough is PhD candidate in Sociology at University of Virginia.