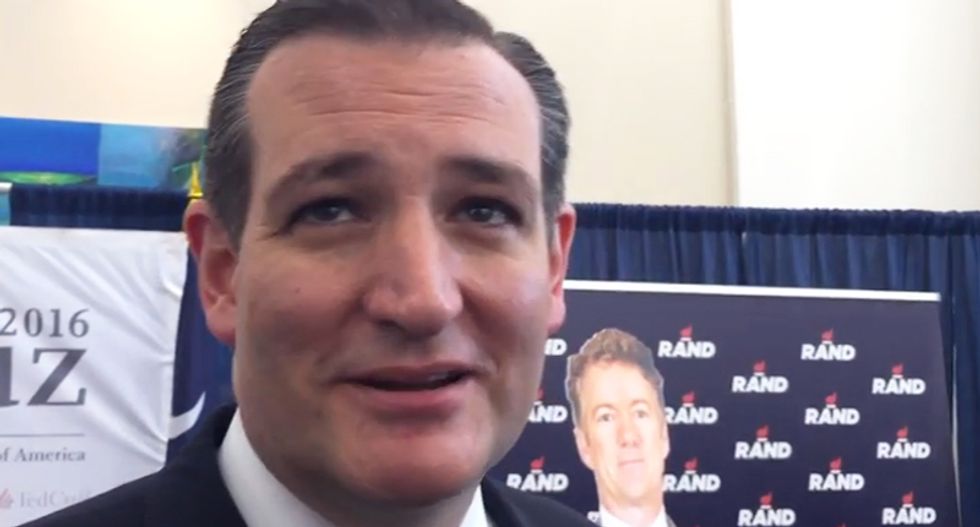 Texas Senator Ted Cruz (R) did not jump on the Jade Helm 15 bandwagon, joining government conspiracy nuts who believe a military coup may occur during training exercises this summer, but that doesn't mean that he avoided looking into it out of fears of a military takeover.

In an interview with Dave Weigel, the prospective GOP presidential nominee said he spoke with the Pentagon about the exercises, adding that U.S. citizens have good reason to not trust the government.

"My office has reached out to the Pentagon to inquire about this exercise," said Cruz while appearing at the South Carolina Republican Party's annual convention. "We are assured it is a military training exercise. I have no reason to doubt those assurances, but I understand the reason for concern and uncertainty, because when the federal government has not demonstrated itself to be trustworthy in this administration, the natural consequence is that many citizens don't trust what it is saying."

According to conservatives egged on by conspiracy theorists like Alex Jones, the two-month Jade Helm 15 exercise planned for seven southwestern states is a prelude to suspension of law or possibly even a foreign invasion.

Earlier this week, Todd Smith, an attorney and 16-year veteran of the Texas State Legislature warned fellow lawmakers not to pander to "idiots who believe that U.S. Navy SEALs and other U.S. military personnel" are going to take over the government.

Addressing Texas Gov. Greg Abbott (R), who also agreed to look into the accusations, Smith said, “I am appalled that you would give credence to the nonsense mouthed by those who instead make decisions based on Internet or radio shock jock driven hysteria."

Presumably Cruz did not get the memo.

Watch the video below, uploaded to YouTube by Dave Weigel: