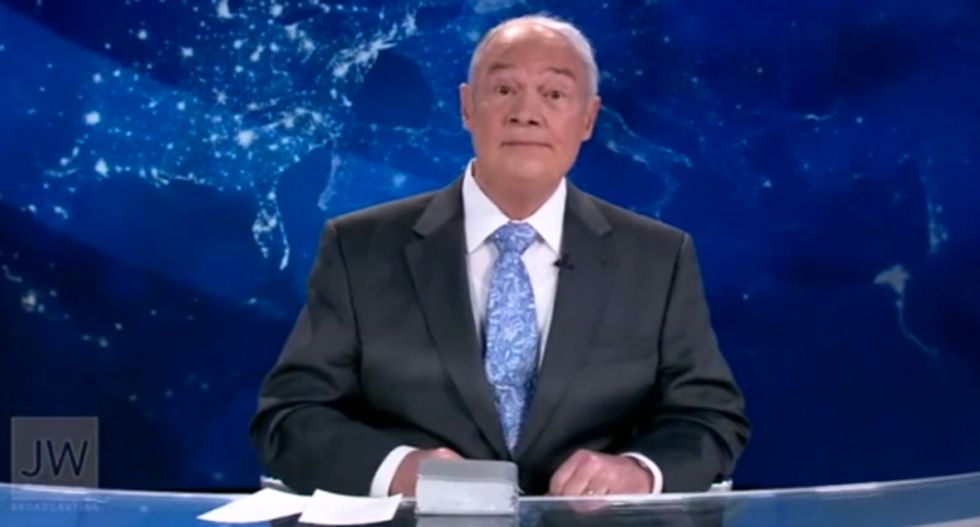 In a video shared by a Jehovah's Witness watchdog, Jehovah's Witness governing board member Stephen Lett makes a a fundraising appeal to church members, speaking slowly and explaining simple details in even simpler terms as if speaking to small children.

Lloyd Evans, a Jehovah's Witness member at odds with the church's governing body, notes that the fundraising appeal comes at a time when the governing body of the church has been closing Kingdom Halls and selling off the properties, but has been less than transparent about the church's finances.

Lett is one of seven Governing Board members who oversee The Watch Tower Bible and Tract Society of Pennsylvania, a non-profit organization based in New York that administers and develops doctrines for the Jehovah's Witness religion religion as an umbrella organization.

In the video appeal, Lett explains that it is difficult to "talk about the financial needs of the organization," but that looking at the coming year's expenses, they have little choice but to make an appeal for funds to cover "all the theocratic initiatives we are scheduling."

Speaking slowly and with great emphasis, Lett then gives a lesson in very basic economics.

"In doing the math, we found that the amount of money flowing out will be much greater than the amount of money that we have coming in at this time," he explains. "The Governing Body wanted to make you aware of the financial needs in the World Field. And we are confident that with this knowledge, your appreciative hearts will move you to do what you can to support the work at hand."

Explaining a "small donation" from many can add up to "a large amount," Lett calls on followers to "Honor Jehovah with our valuable things, including the financial support of True Worship."

Watch the video below uploaded by JW Watch: