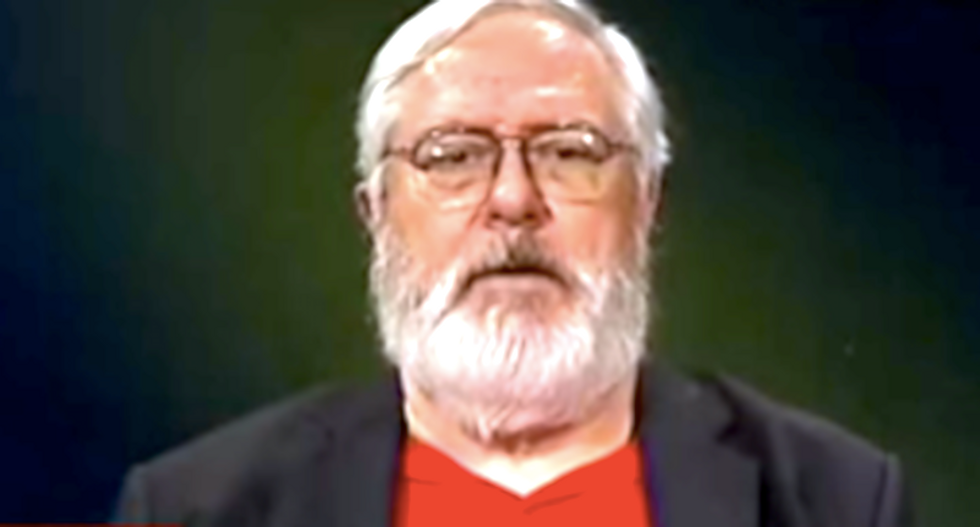 A CNN discussion on removing the Confederate flag from the South Carolina statehouse grounds illustrated that the debate is essentially over whose ancestors the state will honor – the descendants of slaves or those who fought to preserve the institution of slavery.

“We think it’s a memorial to our ancestors who fought to stop an invasion of South Carolina by the United States,” explained Pat Hines, the neo-Confederate group’s chairman.

Hines said he saw a painting of the Old Sheldon Church, which was burned by the British during the Revolutionary War and then again by Union troops during the Civil War, while waiting at a Spartanburg television studio.

“My thoughts today were (Gov.) Nikki Haley is honoring those people that burned that church,” Hines said.

Lemon told his guest he didn’t really understand the analogy because the painting of the church was not hanging at the state capitol, and State Sen. Marlon Kimpson told the secessionist group leader that Confederate symbols belonged in museums.

“The flag is where it is as a memorial site,” Hines countered. “The entire site around the flagpole, with the flag is a memorial to, for instance, my ancestors. I had five South Carolina ancestors, then one from North Carolina, who fought in the Civil War.”

He told a mystified Lemon that he has “never understood” why the American flag flies over the state capitol, and the host asked Hines what he thought of Walmart’s decision to stop selling Confederate-themed merchandise.

“The sun doesn’t rise or set on what Walmart decides,” Hines said. “Some places they don’t sell guns and ammunition anymore, some places they do. I don’t really have anything else to say about Walmart. It is a southern company at one time, but I doubt it is now.”

The white nationalist group leader then turned his attention to Kimpson, the black lawmaker who represents Charleston, using rhetoric from the White Genocide Project endorsed by League of the South President Michael Hill.

“What I don’t understand is why the state senator is moving to do cultural genocide on the southern men and women,” Hines said, as Lemon reacted in shock. “ I don’t get that. Maybe he’s not from the South – I don’t really know him.”

CNN’s Sunny Hostin, who previously argued that Hines was on the wrong side of history, said the white nationalist’s comments were outrageous.

“That is so absurd, the suggestion somehow that taking down the flag is cultural genocide when that flag represents terror and intimidation of African-Americans in that state is just unbelievable, that you would have the audacity,” Hostin said.