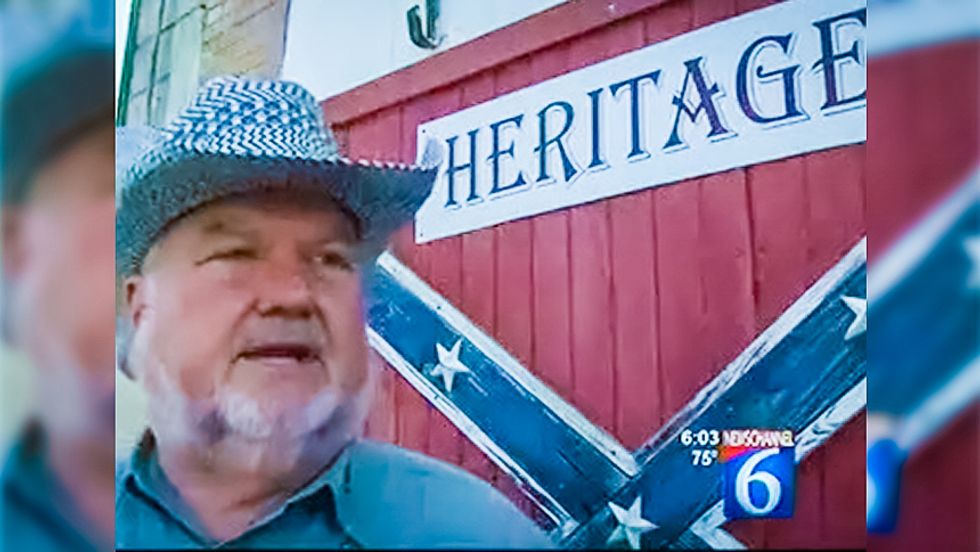 A Texas man who nailed a 6-foot wooden Confederate flag to a building across from the Montague County Courthouse refused on Monday to take it down even though leaders throughout the South had called for the removal of offensive Civil War-era symbols.

But David Fenogilo told KAUZ that he had no intention taking down a 6-foot wooden flag that he had nailed to a building across the street from the county courthouse. Affixed on the flag are the words, "Heritage, Not Hate."

"This is a building that I've owned for several years, and I have this sign that's here in front that says 'Heritage, Not Hate,'" Fenogilo explained. "I see it as the Southern heritage and I have two grandfathers who fought in the Civil War and it's a tribute to them. And also, all of the Confederate veterans."