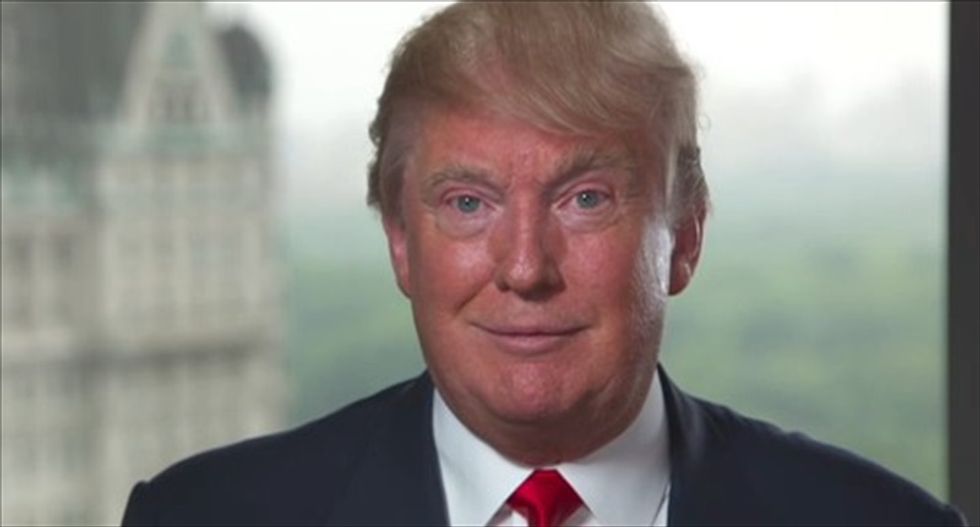 Stephanopoulos pointed out that Trump has openly wished to run alongside Winfrey for political office since 1999, when he told then-CNN host Larry King that he was exploring the possibility of running for the Reform Party's nomination.

Trump announced on Tuesday that he would be the latest entry into the crowded GOP field seeking the party's 2016 presidential nomination, ending years of posturing on his part and inciting criticism for everything from his use of the anti-Republican song "Rockin' In The Free World" as his entrance music to boasting about his wealth.

Meanwhile, Trump had criticism of his own for some of his fellow contenders, saying he did not understand ex-Florida Gov. Jeb Bush.

"He's stumbling like he's not even a smart person, on simple questions," Trump said. "Honestly he doesn't look happy, he doesn't want to be doing what he's doing. I don't know, is the family forcing him to do it?"

The real estate magnate also took issue with another Florida Republican, Sen. Marco Rubio, over his stance on Iraq.

"It was such a stupid answer, and such a foolish answer, and he's got a lot of problems," Trump said, though he did not elaborate.

Watch Trump discuss Winfrey as a running mate, as posted by ABC News on Tuesday, below.

Trump's remarks about other 2016 hopefuls can be seen here.