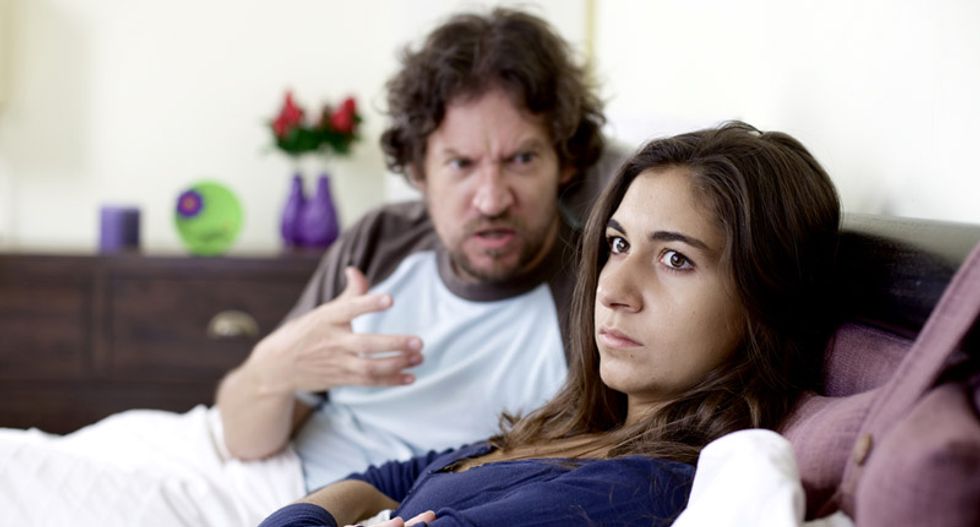 A former evangelical Christian, who escaped her oppressive household and became an atheist, says that the more couples immerse themselves in their fundamentalist beliefs, the more previously loving husbands turn into "*ssholes."

Vyckie Garrison, who was a member of the Christian "Quiverfull" movement most associated with the Dugger family, has become an ardent and vocal critic of the movement that states that women are put on Earth to serve God by having as many babies as "the Lord chooses to bless them with."  Garrison has criticized the movement as patriarchal, with wives forced to subjugate themselves to their husband's needs and desires.

In an interview with Jessica Bluemke from the Friendly Atheist, Garrison pointed out that the movement is hard on men too, turning formerly good dads into strict and unyielding monsters.

According to Garrison -- recently named American Atheists’ 2015 Atheist of the Year -- had she know the full extent of the Quiverfull movement's extreme beliefs she would have found a "different way to serve God wholeheartedly."

"It's a very gradual progression. And it is like, you take one step and then the next one makes sense. And then you kind of have to do the next," she explained. "It took awhile but we totally drank the Kool-Aid to the very bottom of the glass."

Saying she and her husband found the fundamentalist Baptist church they belonged to was "too wishy-washy, too liberal, too compromising" they left to live a more "biblical lifestyle."

Noting that their beliefs made her husband more "patriarchal" against his will, Garrison stated that Christian fundamentalism can be hard hard on husbands too.

"It turns these guys into *ssholes," she said. "That is what happens and I've seen it over and over. What makes it really insidious is, as wives, we know in our hearts that this guy, deep down, he's actually a nice caring, loving .. you know, he's very devoted. He's trying his damnedest to fit into that box that God says he has to live in this way, he has to rule his home in this way. And so he's trying, but it goes completely against the grain. But he's doing it because, you know, this is right, this is biblical. And the next thing you know, it just is this downward spiral and he's just like 'how did we get here, it's a mess."

Listen to the audio below, uploaded to SoundCloud by The Friendly Atheist: