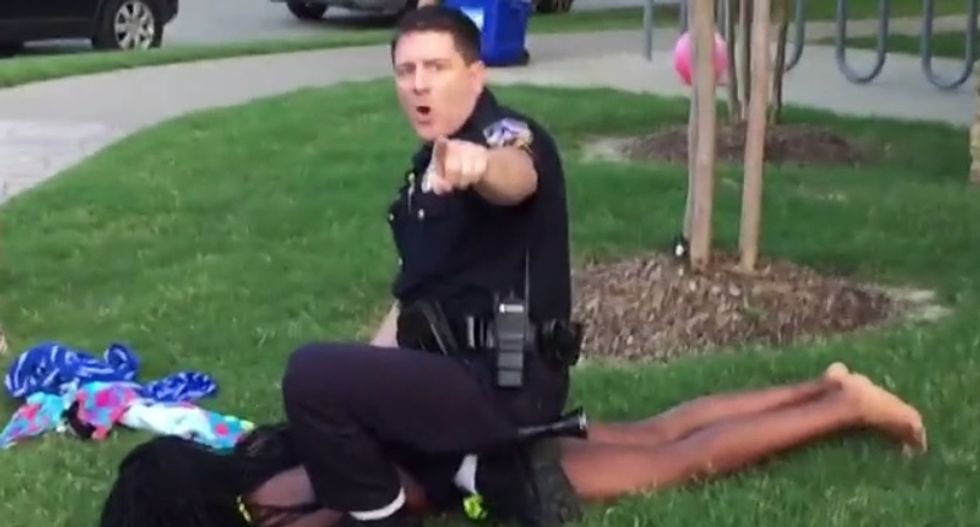 McKinney, Texas police Cpl. Eric Casebolt resigned from his position on Tuesday, amid increasing calls for his ouster from the department, WFAA-TV reported.

Casebolt, who was named the department's "Officer of the Year" in 2008, was suspended after video surfaced late last week of him tackling 15-year-old Dajerria Becton and pulling his gun out against two other black teenagers while responding to a dispute involving a local pool party.

As the footage spread online, local civic groups called for his firing, while the National Association for the Advancement of Colored People (NAACP) demanded a full investigation of his actions.

Casebolt's departure came a night after hundreds of demonstrators attended a rally calling for him to be fired.