McKinney victim's father shames cop after pool party fiasco: 'He should be drug-tested, then fired' 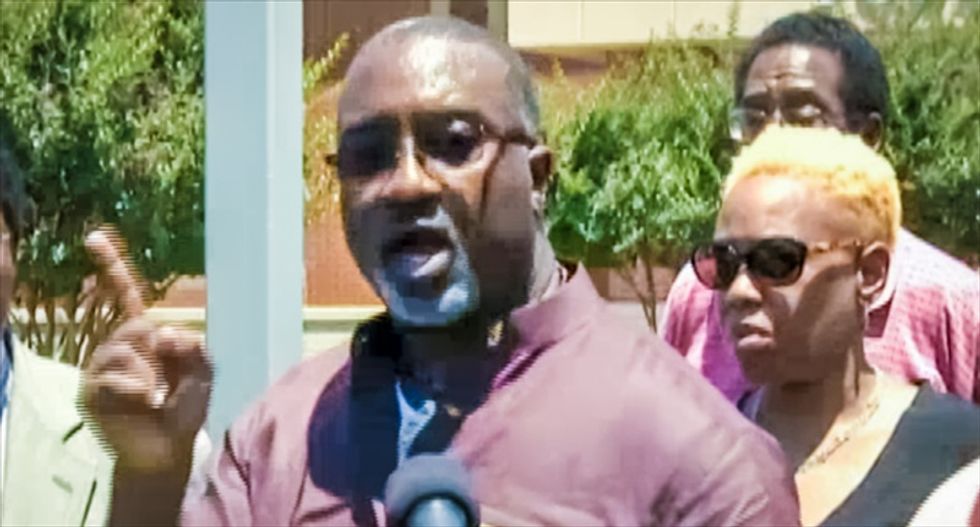 As civic organizations meet with officials in McKinney, Texas to discuss a local police officer's attack against black teenagers at a pool party, the father of a teenage girl allegedly involved in the incident has called for the officer to lose his job.

"I'm not disrespecting the entire police department, because I saw some people doing the right thing, trying to keep the matter right," Jahi Adisa Bakari said at a press conference on Monday. Bakari accused the officer, Eric Casebolt, of pushing his 13-year-old daughter during the encounter on Friday.

"This guy was out of control," Bakari said. "He should be drug-tested, then fired. He shouldn't keep his job, and I'm not gonna stop until he is fired."

Casebolt, a former "officer of the year" for the department, has come under widespread criticism after video spread online of him forcing 15-year-old Dajerria Becton and drawing his gun against other teens following a dispute involving a local pool party.

"He grabbed me, twisted my arm on my back and shoved me in the grass and started pulling the back of my braids," Becton said. "I was telling him to get off me because my back was hurting bad."

KXAS-TV reported on Monday that local officials met with religious and civic leaders on Monday. While several of the religious groups are encouraging residents to remain calm as the investigation into the incident unfolds, another organization, Justice Seekers Texas, has also called for Casebolt's employment to be terminated.

"This simply could have been handled different by this officer asking them to get off of that property or they will give them a citation, but this officer didn't do that," said the group's head, Rev. Ronald Wright. "As a corporal [Casebolt] should know what needs to be done and how it should be done when it comes to people being on properties that they shouldn't be on."

The dispute began when residents complained that Becton and other party goers were not allowed on the property, but event organizers have countered by saying that they had passes for their guests, while the complainants resorted to using racist slurs to harass attendees.

"Had he done that, McKinney would be another Ferguson, 100 times over," he said.

Bakari's remarks came after he went online calling for Casebolt -- who he referred to as "Paul Blart" -- to be fired. A screenshot of his post can be seen below. 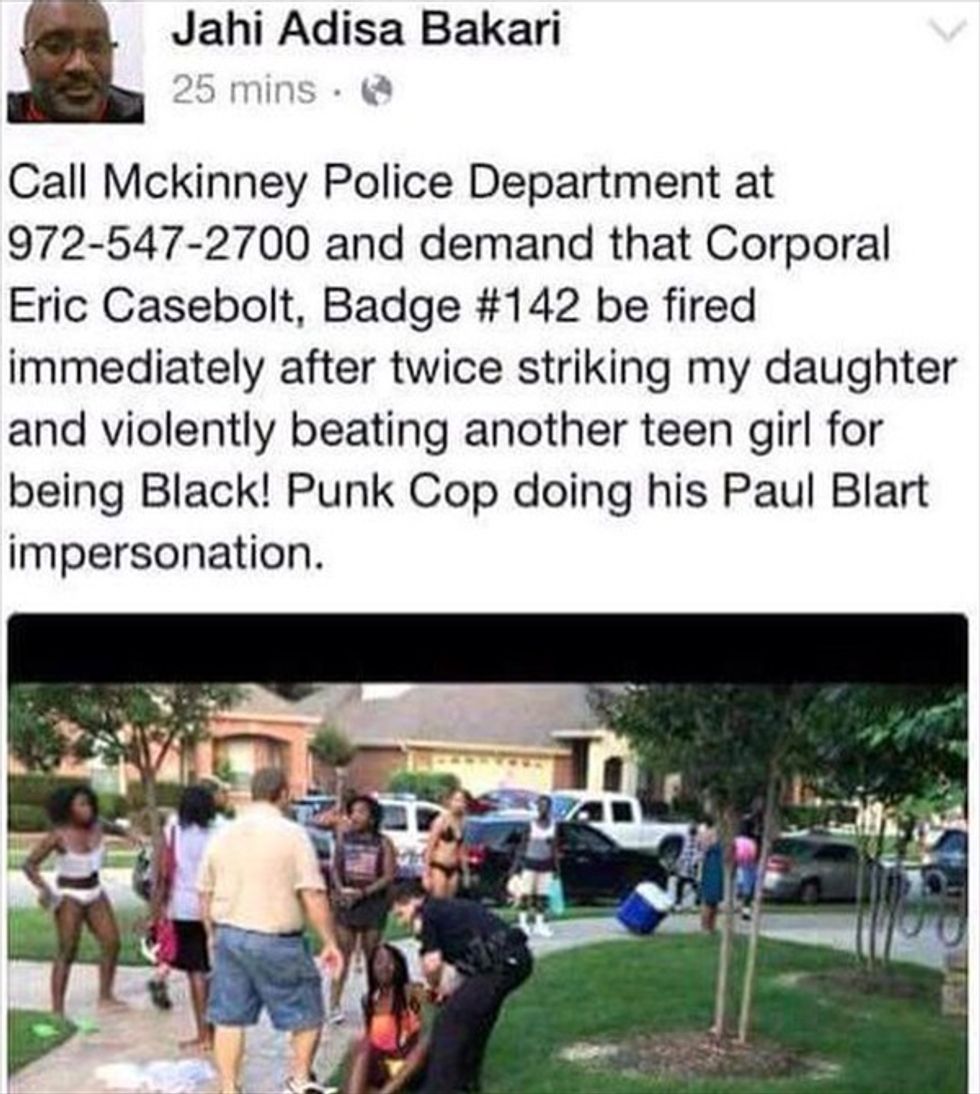 Watch Bakari's remarks, as posted online on Monday, below.