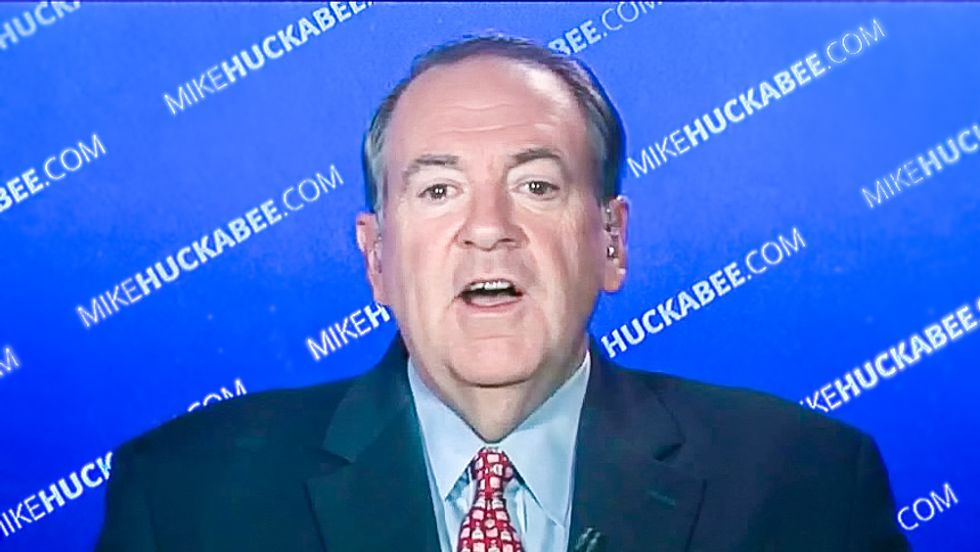 Republican presidential candidate Mike Huckabee declared on Tuesday that racism had been solved.

The day after South Carolina Gov. Nikki Haley (R) and other leaders called for the Confederate flag to be removed from the Statehouse grounds, Fox News' Ed Henry pointed out that Huckabee had refused to lead on the issue just the day before.

"You say voters want a leader, somebody who will stand up," Henry noted. "A few days ago, I saw you asked right here on Fox about the Confederate flag issue down in South Carolina and you basically punted, and said it's a state issue."

"Is that leadership?" the Fox News host wondered.

"I didn't punt at all," Huckabee said of refusing to take a position on the flag. "I think we've missed the real point in this. When I'm asked that question as a presidential candidate, what I'm being baited for is, is South Carolina a racist state?"

"And so what I said was, Ed, as a frequent visitor to South Carolina, I look at this objectively," he continued. "You've got a female governor who is of Indian descent, you have the only elected African-American U.S. senator in the South from a state of 4.8 million people, elected largely by people who are mostly white. That's not racism."

"I don't think the president of the United States need to be picking the symbols that fly on state capitol grounds. I didn't punt, I didn't squirm, I didn't vacillate on it."

Now that South Carolina leaders had called to take down the flag, Huckabee said that he agreed with the decision.

"When I love God and I know that God created other people regardless of their color as much as he made me, I don't have a problem with racism," Huckabee insisted.

The candidate concluded: "It's solved!"