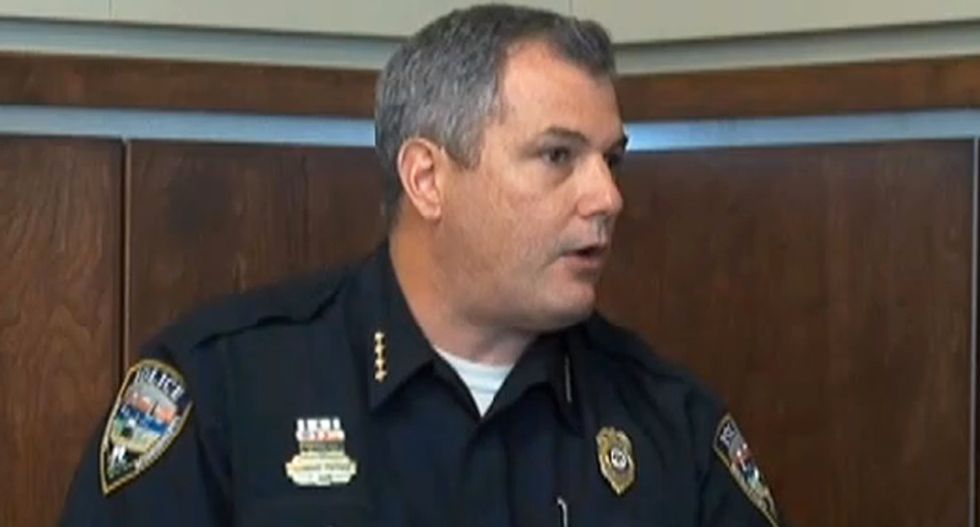 The police chief of  Gulfport, Mississippi, expressed his frustration with his state's open carry laws after a man strolling through a Walmart Sunday night menaced shoppers by loading and racking shells into his shotgun, causing police to dispatch a SWAT team and evacuate the store.

According to Police Chief Leonard Papania, he would have arrested the unidentified man and his companion if he could for stretching the city's police forces thin while panicked Walmart employees huddled in a safe room, WMC reported.

“If I were in a situation where I'm in the store shopping with my family and I see an individual loading a 12 gauge, and racking it, I'm not coming to the conclusion this is good,” said Papania. "While the actions of these two men are sanctioned by state laws, what they did negatively impacted our community."

According to police they received multiple calls about the men who had possibly done the same thing at a local Winn-Dixie, forcing police to divert officers to the Walmart to form a perimeter as the SWAT entered and searched the store. By the time police had arrived, the two men had left.

Using surveillance video police were able to track the men down and speak with them, but due to Mississippi's open carry laws, the chief said his hands were tied after conferring with city attorneys.

"In our nation there continues to be violent events. Many of these tragic events start to unfold with very similar circumstances where individuals exhibit peculiar actions with firearms around large crowds," he explained. "The actions of these two men could have inadvertently led to a very violent misunderstanding."

Without mentioning it, the police chief may have been alluding to the shooting of John Crawford in an Ohio Walmart last August, after police gunned the African-American man down while he held a toy rifle.

Asked whether he believed police overreacted to the situation, the police chief said absolutely not.

"You don't have to look hard in today's media and see demonstrations of very violent acts. And if I had been in the store last night watching someone load a shotgun and rack it -- that's not normal. And that's usually precipitates a violent act."

After saying "Our state law allows for this," Papania said, "If there was something I could have arrested these people for, I would,"  before concluding, "Gun laws should be such that it provides us security. As we look at this fact pattern, do you feel safer?”

Watch the video below from WMC: