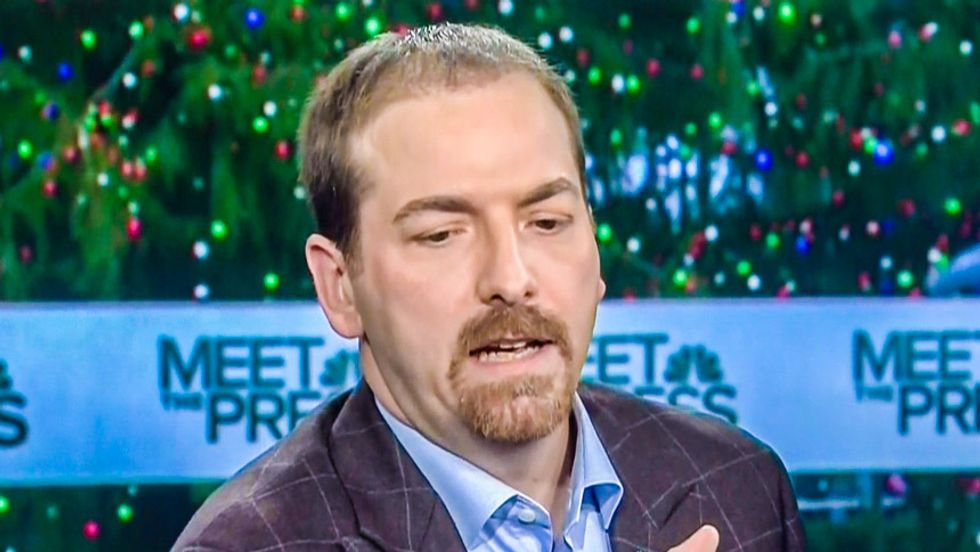 In a statement, Todd said the footage had been complied earlier in the week before the shooting for a different segment on guns in America, and that he and his staff thought it was pertinent to the topic at hand.

During the segment that aired Sunday morning Todd said, "The circumstances you are about to see are very different from the racist violence in Charleston. In this case, in the inmates are African-American that you’re going to hear from. But their lessons remain important. And we simply ask you to look at this as a color-blind issue that’s about just simply gun violence."

Despite the caveat, NBC said they got a lot of "feedback," presumably negative, forcing to the host to issue a statement.

"The original decision to air this segment was made before Wednesday's massacre. However, the staff and I had an internal debate about whether to show it at all this week. When we discussed putting it off, that conversation centered around race and perception - not the conversation we wanted the segment to invoke," teh statement read.

Following the airing of the video, studio panelist Eugene Robinson -- who is black -- noted the racial make-up of the prisoners and commented, "There wasn’t a terribly diverse set of people who were talking. Right now, we’re talking about a horrific crime committed by a white man, we’re talking about the search for two escaped murderers who are white men.”

He added, “So we should point out that this is not just an African-American problem.”