No, people on food stamps aren’t feasting on filet mignon 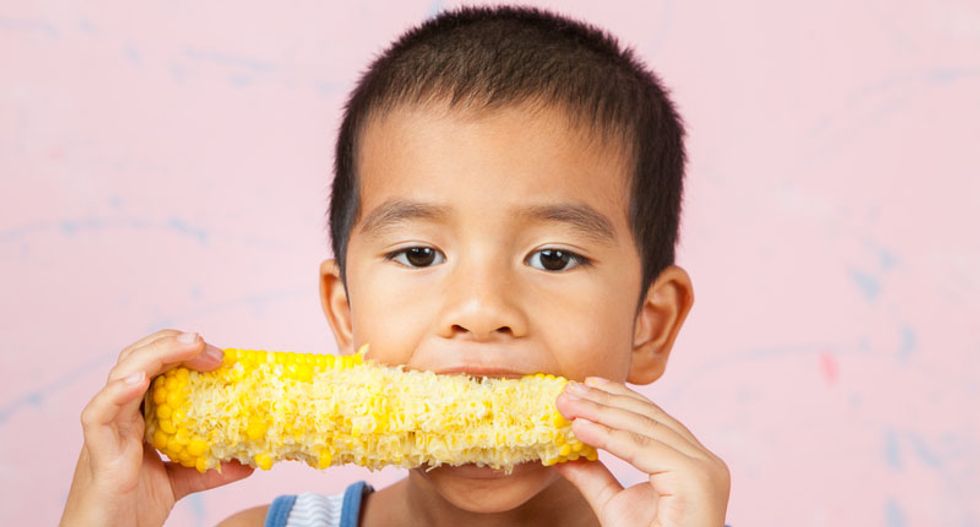 There is a popular myth that welfare recipients are using food stamps to purchase luxurious food items such as filet mignon and lobster.

Commonly referred to as food stamps, the Supplemental Nutrition Assistance Program (SNAP) is designed to provide low-income individuals and families with nutritious meals. And it is a popular target for political attack. In 2014 Congress passed legislation that cut US$8.7 billion from the food stamp program. That’s a lot of money, but less than the previously proposed cuts $20.5 billion and $39 billion.

At the state level, a recent bill introduced by Republican Missouri State Representative Rick Brattin sought to prohibit SNAP recipients from using their benefits to purchase items such as seafood and steak, as well as cookies, chips, energy drinks and soft drinks.

The problem with this sort of legislation, and the thinking that goes with it, is that it ignores the harsh reality of extreme poverty. For many individuals receiving SNAP benefits, purchasing expensive raw seafood or steak is illogical, because they are so poor that they lack the means to prepare them. This sort of behavior also quickly drains SNAP funds that residents need to stretch out over an entire month.

How do I know this? From June 2012 to June 2013, I rented a room at a “welfare” motel in upstate New York. As a sociologist, I wanted to explore how residents of that motel actually lived.

People eligible for SNAP often include those working for low wages or part-time, the unemployed, the elderly and disabled, and the homeless.

To qualify for SNAP, individuals and households must have resources and monthly incomes below a particular threshold. Any household may currently have up to $2,250 in countable resources, such as a bank account. And the net monthly income of the household must be below $973 for a household of one. That amount increases as the household size increases. SNAP is a huge program – more than 46 million people participated in fiscal year 2015.

SNAP recipients are given an Electronic Benefits Transfer (EBT) card that can be used as a debit card to purchase certain food items from participating stores. On average, SNAP recipients get $127.42 per person, and $259.28 per household in EBT benefits per month.

Eating well on SNAP is hard without a kitchen

While the motel I lived in housed many individuals placed by DSS, it was also home to scores of citizens who were unable to afford more stable housing and had no choice but to pay the motel’s rate. The motel’s weekly rent was $205, which made for an expensive monthly expense of $820 for a single room.

Although this was comparable with the average monthly rent of $888 for a one-bedroom apartment in the area, individuals were drawn to the motel because they lacked the financial stability to pay a full month’s rent for an apartment.

Even if they wanted to purchase and eat steak, lobster or any other type of perishable food available to them at the local grocery store that was within walking distance, they lacked two key assets that would allow them to do so: a refrigerator and a kitchen with cooking equipment. This lack of amenities forced many residents to adopt suboptimal diets.

People living at the motel had to rely on food that didn’t need refrigeration or cooking. That means fast food and highly processed food became diet staples. From my year of observation, most residents’ hot meals consisted of fast food burgers, Chinese takeout and pizza delivery.

Chips and soda (which the Missouri legislation also proposed restricting for people on food stamps) and other snacks were also daily staples. Motel residents consumed large amounts of soda because the motel lacked any drinking fountains, and residents felt unsafe drinking water out of the sinks in their rooms.

For the few residents fortunate enough to have a refrigerator and microwave, their meals consisted of frozen hamburgers, chicken tenders and quick-cooking just-add-water items such as Ramen noodles and macaroni and cheese.

I also went shopping with residents on SNAP and watched as they scoured the dairy aisles for any expiring items on sale. Filet mignon and lobster were nothing more than fantasies. Luxury would have been a fridge and stove so that they could use their SNAP benefits to cook nutritious meals.

Motels are a common kind of emergency shelter

Using motels as shelter for the homeless is not an uncommon practice. States such as Vermont, Massachusetts, California, New Jersey, Missouri and Oregon as well as the District of Columbia have placed or considered placing the homeless in motels when other shelters are at capacity.

In the county in upstate New York where I did my research, the local Department of Social Services designated the motel as an “emergency shelter” and placed individuals at the motel who would otherwise be homeless.

There are various definitions of homelessness, but the most apt may be the Department of Health and Human Services‘:

an individual who lacks housing (without regard to whether the individual is a member of a family), including an individual whose primary residence during the night is a supervised public or private facility (eg, shelters) that provides temporary living accommodations, and an individual who is a resident in transitional housing.

SNAP is about nutrition, not fancy food

Information on SNAP and nutrition outcomes shows a mixed bag. Overall, both SNAP recipients and non-recipients of similar incomes are less likely to have adequate levels of vitamins and minerals when compared with higher-income individuals.

Studies show that SNAP participation increases consumption of whole fruits, but decreases consumption of dark green and orange vegetables. These vegetables require substantial time to prepare, but also require refrigeration and access to cooking equipment, as opposed to consuming fruit. But other data demonstrate that SNAP recipients consume fewer whole fruits and vegetables than non-recipients of similar incomes.

These data also find that SNAP participants are more likely to be obese than non-participants who match their economic and demographic characteristics. Overall, these data indicate that nutrition education should occur along with the provision of SNAP benefits.

To be sure, there are individuals who may not use their resources wisely. But that is true across the socioeconomic spectrum. We should not waste our creative energy on coming up with new restrictions that dictate how the poor should behave. Instead, we should do just the opposite and direct our efforts toward policies that help people out of poverty.