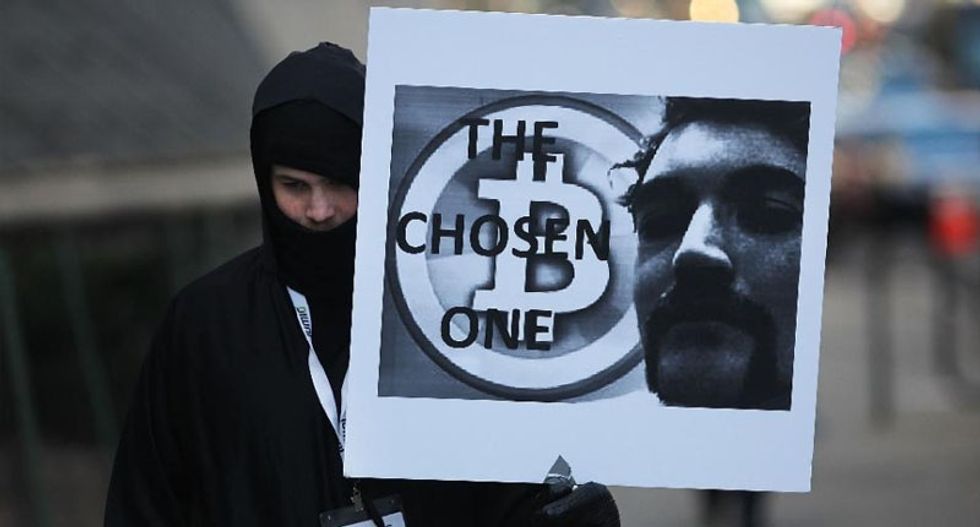 A supporter calls for the release of Ross Ulbricht -- the creator of the Silk Road website -- during a protest outside the Federal Courthouse in New York, on January 13, 2015 (AFP Photo/Spencer Platt)

The American jailed for life for masterminding the online criminal enterprise Silk Road, which sold $200 million in drugs across the world, has appealed his sentence, court papers showed Friday.

It was the maximum possible punishment for Ross Ulbricht, who was sentenced to two life terms, and five, 15 and 20 years for hacking, trafficking in false documents and money laundering.

The 31-year-old, from a middle class family and educated at graduate school, filed the appeal at the US federal court in New York on Thursday -- a week after his sentencing.

He ran Silk Road under the alias "Dread Pirate Roberts," amassing $13 million in Bitcoins in commissions by making the purchase of heroin and cocaine as easy as shopping online at eBay or Amazon.

At least six people died as a result of ingesting drugs linked to Silk Road.

Prosecutors said Ulbricht commissioned five murders, although there is no evidence that the killings for hire ever took place.

"What you did was unprecedented," said US District Judge Katherine Forrest. "You have to pay the consequences."

His four-week trial had been considered a landmark case in the murky world of online crime and government surveillance.

Given the significant public interest in the case, Forrest said his sentence had to serve as a deterrent to others, reflect the severity of his crimes and protect society.