The Duggars: The real 'bad guys' are the people who blew our conspiracy of silence about our pervy son 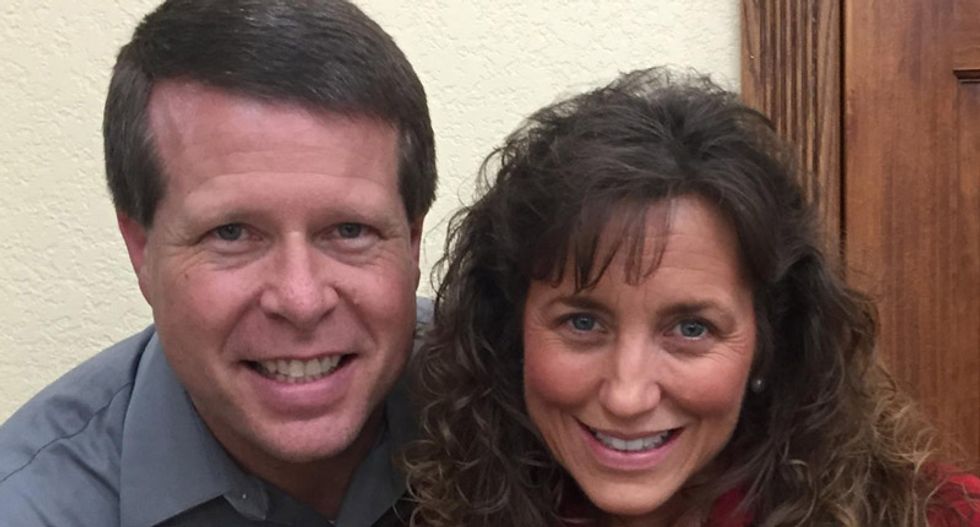 There was so much to dislike and be horrified by in Jim Bob and Michelle Duggar's interview with Megyn Kelly on Fox News Wednesday night that it is hard to even know where to start.

With an able assist from Kelly -- a former lawyer who used her legal training like a defense attorney walking a client through court testimony, making a small admission of guilt here, pointing the finger at someone else in the courtroom over there -- the entire interview was an exercise in damage control and blame-shifting with a healthy dollop of the persecution blues.

Among the many low-lights:

This is where Megyn Kelly hit her journalism stride, turning a previously softball interview into an inquisition of the "media" and police authorities who are the real bad guys here and not Josh who, according to his parents, is still working things out with God since he is conveniently beyond the reach of the law.

Because they are Christians, albeit ones who never felt to the need to admit that their son was a creepy sister-groper while they preached sexual morality to America's legions of sinners, apparently no one else was supposed to know about a little indiscretion that happened multiple times over almost two years with five different young girls.

“I know everyone of us has done things wrong. That’s why Jesus came,” Michelle explained. “I feel like this is more about... there’s an agenda.”

Prompted by Kelly, who practically held up cue cards and mouthed the words for them, Jim Bob said that "THE REAL STORY" is how the supposedly sealed juvenile record of their son was released since they had gone to such extreme efforts with local authorities to bury it for the sake of Josh Duggar's future. Also, the girls. Them too.

"And when you’re in every newspaper and everything throughout the world, I mean, it’s been an unprecedented attack on our family. And this information was released illegally," Jim Bob explained. "And so I wonder why all this press is not going after the system for releasing juvenile records. That is a huge story.”

Speaking for his daughters who have been paraded on television since 2008, when they weren't having their marriage details sold to People magazine as "exclusives," Jim Bob added, “They didn’t want this out. Every victim should have the right to tell their own story, not the tabloids.”

Accordingly the Duggars insisted that the people who released Josh Duggar's file either "have an agenda," maybe were "bribed," and have absolutely "no consideration" for the girls.

NOW the girls are victims.

As blame-shifting goes, refocusing the narrative on the evil media and the legal system while climbing up on the cross, this was not entirely surprising since there is a lot of money in play here if TLC dumps their show.

As for the show, Jim Bob said they weren't worried about that right now, saying, “At this point, our family is trying to regroup from these attacks."

Then Kelly thanked the couple for the interview, to which Jim Bob told Kelly in the only moment in the interview that was the honest to God truth: “Thanks for telling our story.”

That was her job, after all.