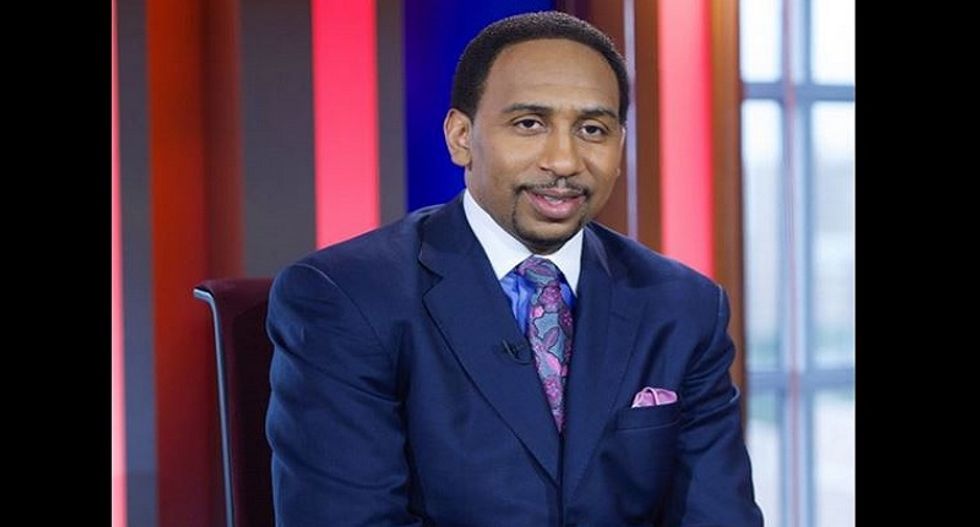 ESPN commentator Stephen A. Smith diverged from talking about sports on Tuesday and veered into a rant about activists criticizing Democratic presidential contender Martin O'Malley for saying "all lives matter," when confronted by Black Lives Matter protesters on Saturday.

"There's nothing wrong with highlighting that all lives matter," he continued. "That's not a reason for somebody to be booed."

Smith was responding to Black Lives Matter protesters interrupting candidates O'Malley and Bernie Sanders at Netroots Nation over the weekend to protest about the ongoing issue of state violence against black people. Demonstrates booed when O'Malley said "every life matters" and "white lives matter."

The Black Lives Matter movement sprang up in response to police violence against black people that has resulted in a seemingly unending stream of death, including Eric Garner in New York City, Mike Brown in Ferguson, Walter Scott in South Carolina, Freddie Gray in Maryland and most recently, Kindra Chapman and Sandra Bland, two young black women whose jail cell deaths in Alabama and Texas, respetively, have attracted national outrage.

The phrase "all lives matter" in response to "black lives matter" is seen as being willfully demeaning and dismissive, because "Black Lives Matter" specifically counters racism that devalues black lives.

Why All Lives Matter is not equitable, it's insensitive and misses the point entirely #BlackLivesMatter http://t.co/NFfnTqmFFF
— Sam White (@Sam White) 1437491551.0

According to CNN, O'Malley apologized for the way he responded to demonstrators.

"That was a mistake on my part and I meant no disrespect," he said. "I did not mean to be insensitive in any way or communicate that I did not understand the tremendous passion, commitment and feeling and depth of feeling that all of us should be attaching to this issue."