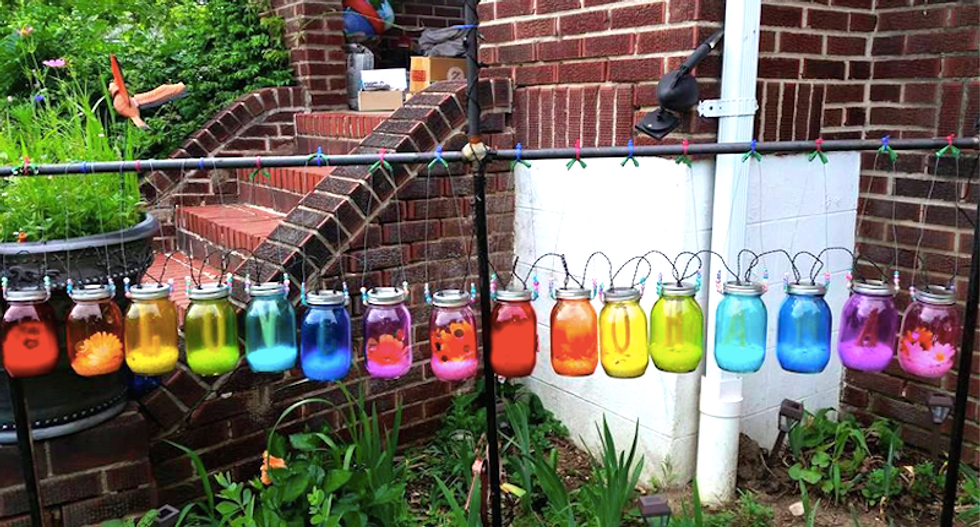 Online sleuths have poked holes in a Baltimore woman’s claims about homophobic complaints over her “relentlessly gay” yard that helped her gather $43,000 in donations.

Julie Baker set up a GoFundMe campaign after reporting that a neighbor left a note threatening to call police over a multicolored display in her yard – and she asked donors for $5,000 to make it “even more ‘relentlessly gay,’” borrowing a phrase from the note.

“Your yard is becoming Relentlessly Gay!” the note read. “Myself and Others in the neighborhood ask that you Tone it Down. This is a Christian area and there are Children. Keep it up and I will be forced to call the police on You! Your kind need to have Respect for GOD.”

Her story went viral, but questions soon arose over the 47-year-old widow’s claims.

Social media users noted that the anonymous note used the same idiosyncratic capitalization pattern as Baker’s social media posts, and she has been unable or unwilling to authenticate her claims.

The rumor-debunking Snopes website contacted Baker seeking more information to verify her claims, and she assured the writers that police believed her story was legitimate.

She also asked the writers not to harass police investigating her claims and cautioned them against “treating a victim like a sideshow attraction” because it was “cruel and dangerous and feeds sociopaths.”

Snopes contacted a police detective at Baker’s local precinct, and the investigator said the woman had been unwilling or unable to produce the threatening letter.

The detective said Baker told police that she no longer had the letter, and he said the woman declined offers to meet in person to discuss the case.

She thanked donors and assured them she would not withdraw any money until she could authenticate the letter.