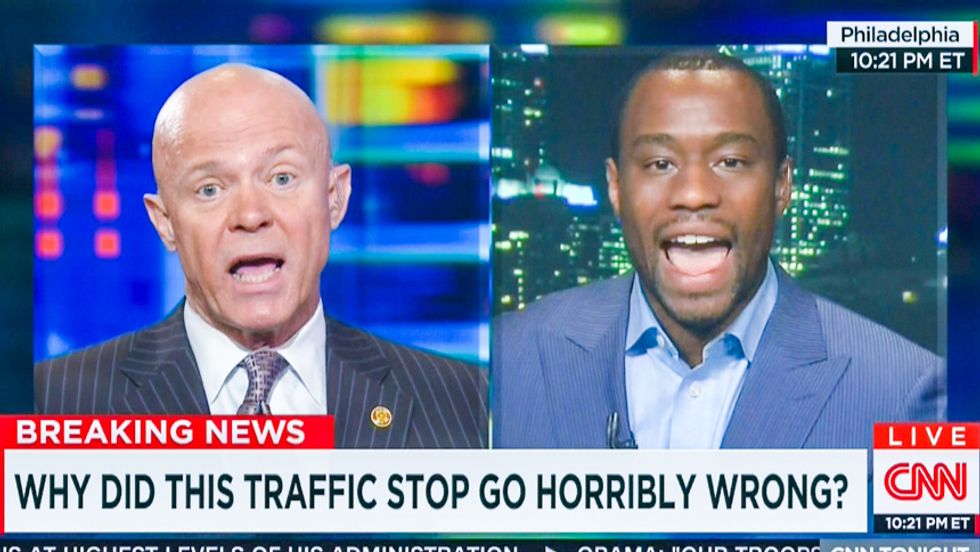 CNN contributor and former NYPD detective Harry Houck argued on Tuesday that a Texas woman would not have died in police custody if she had not been "arrogant from the very beginning."

Disturbing dashcam video released on Tuesday shows a Texas trooper pulling Sandra Bland over for failure to signal, but the incident quickly escalates when she refuses to put out a lit cigarette, prompting the officer to remove her from the vehicle. The 28-year-old black woman was found dead in a county jail cell three days later under suspicious circumstances.

"An officer does have the choice to bring anyone out of the vehicle when he stops them for his own safety," Houck told CNN's Don Lemon on Tuesday. "The whole thing here is that she was very arrogant from the beginning, very dismissive of the officer, alright?"

CNN political contributor Marc Lamont Hill pointed out that Bland did not have a legal responsibility to "kiss the officer's butt."

"She has a right to be irritated," Hill said. "A lot of us get irritated when we get pulled over. This officer comes to her and says, 'Is there something wrong? You seem like you have an attitude.' He's trying to pick a fight with her."

"Sometimes police officers act as if you're not completely kowtowing and deferential, that somehow you're violating a law," he continued. "This is a perfect example of how vulnerable black women are in public spaces to law enforcement."

Houck interrupted: "Even if he de-escalated that whole situation, she would have kept coming at that officer the way she did."

"I refused to legitimize police violence against people by telling them that if they behave differently, maybe they won't die," Hill insisted. "Harry said maybe you won't end up on the ground. Yes, there are strategies we can use to survive. But the fact that we live in a world where we have to deploy strategies not to be murdered or killed or assaulted by police unlawfully is absurd."

"What Harry is calling arrogance, I'm calling dignity," Hill declared. "Black people have a right to assert their dignity in public. And just because it doesn't cohere with what police want doesn't mean they are being arrogant or dismissive."

"There's no indication that this is racial at all," Houck shot back. "None whatsoever."

"This happens to white women all the time," Hill quipped sarcastically.