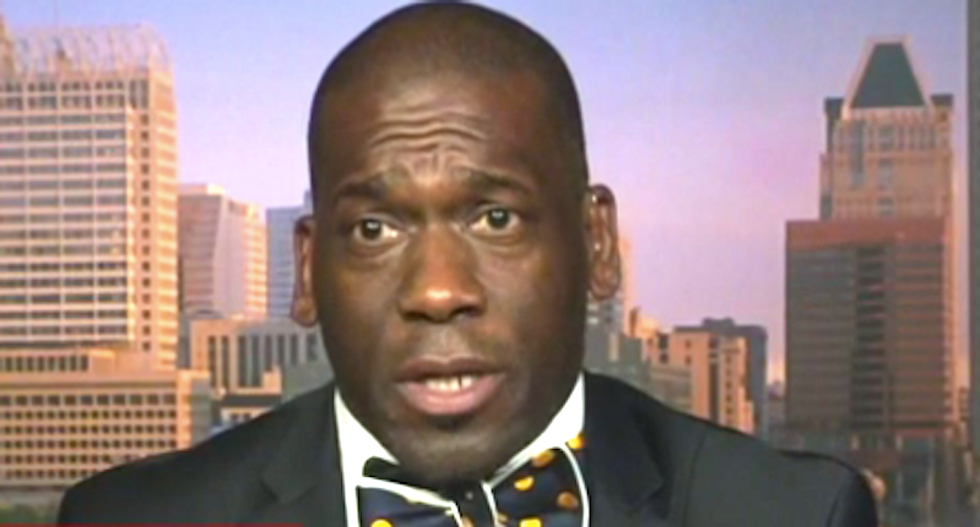 A pastor who has spent time with the family of Sandra Bland said the state trooper who arrested her is “the Donald Trump of traffic cops.”

The Rev. Jamal Bryant, pastor of the Empowerment Temple Church in Baltimore, said state Trooper Brian Encinia was "completely out of line" when he arrested the 28-year-old civil rights activist after stopping her for a lane change violation, reported Mediaite.

“He’s completely out of line and has gone over the cliff over failure to use a traffic signal,” Bryant said Wednesday morning during an appearance on CNN's "New Day."

The pastor said the trooper became angry because Bland refused his order to put out a cigarette she was smoking in her car and violently pulled her outside the vehicle.

“She knew her rights and was fully equipped with the law and challenged him, and he was frustrated on that," Bryant said. "Even the police department acknowledged that he broke procedure, courtesy and protocol."

The reverend said dashcam video showed Encinia lose his cool and threaten Bland as he pulled her out of the car.

"He completely went out of order in saying, and I quote, ‘I will light you up,'" Bryant said.

The activist pointed out that Bland had broken no laws besides the minor traffic infraction, for which Encinia had apparently intended to let her go with a written warning before the smoking dispute.

"She's smoking in her car," he said. "She didn't steal this car, it's not illegal to use a cigarette, and so I think the officer didn't know good manner in giving redress and surely was not equipped to deal with somebody -- particularly not a black woman -- who knew her rights and was direct and insistent on protecting them."