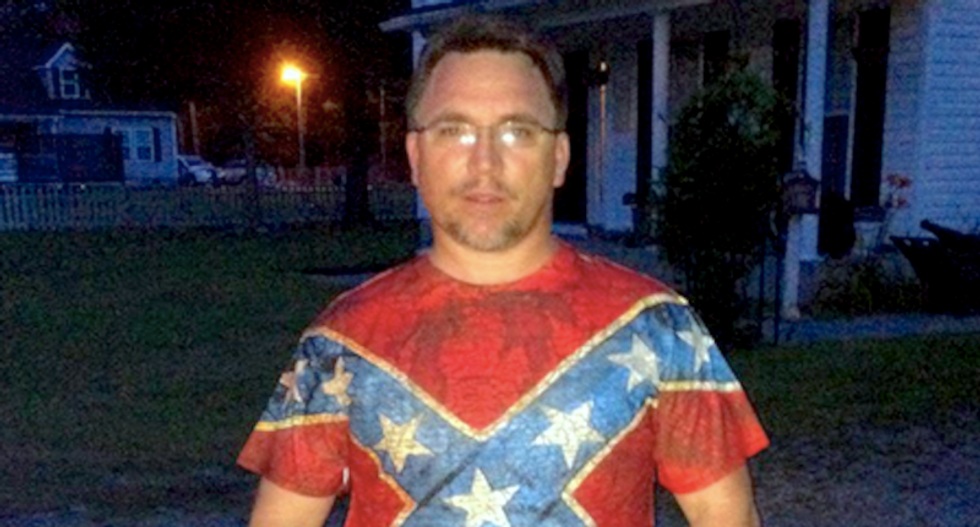 A South Carolina pastor asked the governor to sign an executive order that would allow him to forbid gays from attending his church.

Darren Squires, pastor of the Socastee Original Freewill Baptist Church, said he currently welcomes LGBT people but makes clear that he does not support them, reported WMBF-TV.

But he sent a letter several weeks ago to Gov. Nikki Haley asking her to sign an executive order that would offer legal protection to pastors who wish to discriminate on the basis of sexual orientation.

"It doesn't matter if a man goes with a man, that's his choice,” Squires said. “My problem is they're going to try and make us, who do not believe in that, have to bow down and accept them."

Squires, whose Facebook page shows several photos of the pastor wearing Confederate flag attire, said the executive order would allow him to act on his religious beliefs without facing legal or social consequences.

"We're trying to protect the church from being sued for standing what we believe,” he said.

Haley, the Republican governor, did not comment on Squires or his request.

The pastor at a neighboring church told the TV station that Christians should be willing to share the gospel with anyone.

“For us, being exclusive versus inclusive, based on everything I have learned and prayed about and studied about, is totally antithetical to the Gospel of Jesus Christ,” said the Rev. Joseph Washington, of Hope Church.