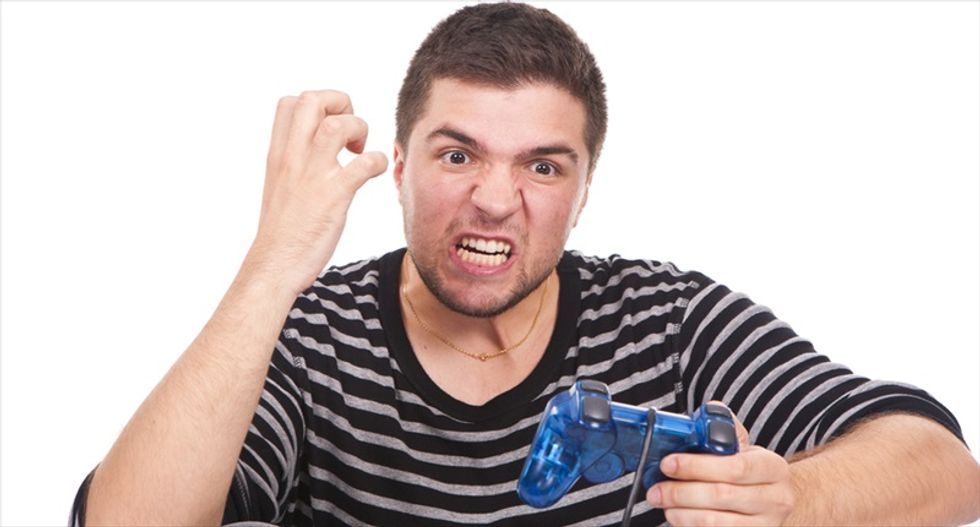 'Young and furious man with a joystick' [Shutterstock]

A new study demonstrated that male video-game players who are not very skilled are more likely to lash out against female players they encounter during the same game, the Washington Post reported.

"We suggest that low-status males increase female-directed hostility to minimize the loss of status as a consequence of hierarchical reconfiguration resulting from the entrance of a woman into the competitive arena," researchers Michael Kasumovic and Jeffrey Kuznekoff stated in their study, which was originally published in the journal PLOS One.

Kasumovic and Kuznekoff used the online multi-player game Halo 3, in which players can form teams of up to four people at a time, as the focus of the study. Because the game allows for audio communication via headphones during play, they used various accounts that uttered phrases like "good game everyone" and "nice shot" recorded in both male and female voices and gauged the responses during 163 multi-player matches.

Kasumovic, who works at the University of New South Wales, told Wired UK that, because Halo 3 allows for anonymous game play, participants were more likely to behave more freely than they would in work environments.

"I think Halo 3 is an excellent example simply because it is so representative of many of the social environments women can experience in many STEM fields and other male dominated work places," he said.

"As higher-skilled players have less to fear from hierarchical reorganization, we argue that these males behave more positively in an attempt to support and garner a female player's attention," it read.