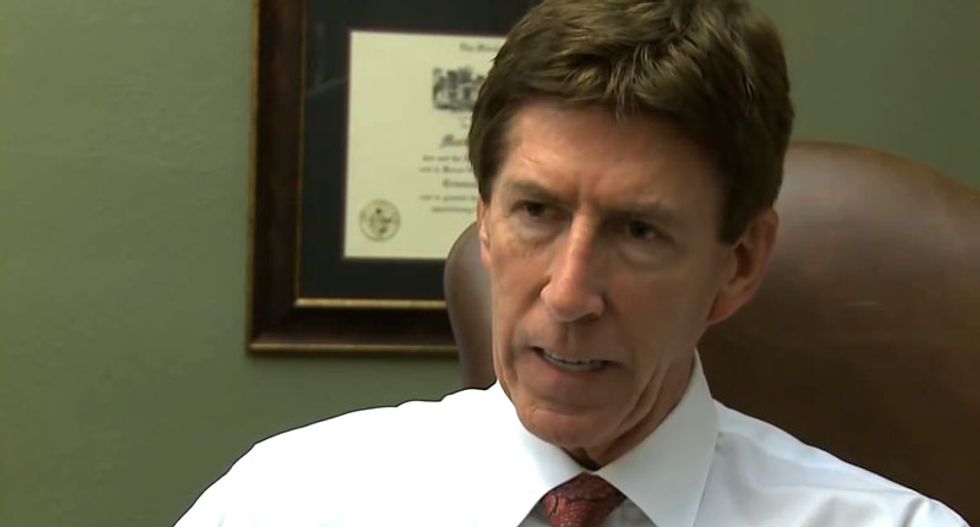 One officer lied about killing an unarmed black motorist, said an attorney for the man's family, and another officer lied to cover for his colleague.

Officer Ray Tensing, of the University of Cincinnati police department, was indicted Wednesday for murder in the fatal shooting of 43-year-old Sam Dubose during a July 19 traffic stop.

The officer claimed to 911 dispatchers that he shot Dubose in the head because he was “almost run over” during the traffic stop. But Tensing said in the incident report that he was “dragged” by the vehicle.

A second officer, Phillip Kidd, also claimed in a police report that Tensing fired the shot after he was dragged.

Mark O'Mara, a nationally known attorney who is advising Dubose's family, said he was deeply disturbed that both officers would apparently lie when they knew video evidence clearly contradicted their claims.

"We have to stop letting other officers think that it’s more important to cover for other officers than to tell the truth," O'Mara said. "The second officer was ready to corroborate every lie."

O'Mara represented George Zimmerman when the Florida man was tried for the fatal 2012 shooting of 17-year-old Trayvon Martin.

He said he routinely watches video of police encounters, but he could find no reason in the body cam video for Tensing to take out his gun during the traffic stop.

"That shot happened for absolutely no reason under the law as I know it," O'Mara said. "It was horrific to see that anyone could think, now I can use a gun."

He said the officer's actions made him wonder whether he had received any gun training at all, because he should have known when not to use his weapon.

Dubose's family said they knew the video would vindicate him, because they said he would not have run from police or been violent.

"I'm angry, but I'm as pleased as I could be that we're going to get some justice," said his sister Terina Allen.

She admitted that her brother had been arrested in the past, but she said he never ran from police.

"As bad as my brother's record might be, it shows he had no problem being arrested," Allen said. "It hurt to see police lying on him."

O'Mara said the officer would not have been charged without that crucial evidence.

"If we didn't have a video, I do not believe we would have had an indictment," the attorney said.

Watch remarks from Dubose's mother, Audrey, speak after the officer was indicted in this video posted online by WLWT: