‘This is without question a murder': Officer Ray Tensing indicted in fatal shooting of Sam Dubose 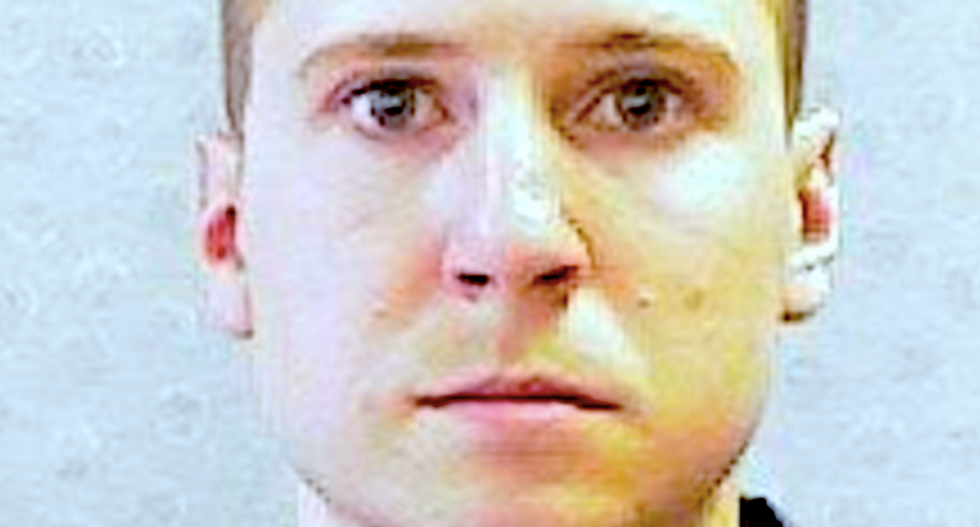 A campus police officer was indicted Wednesday in the shooting death of an unarmed black man during a traffic stop.

His attorney said he expected an indictment, given the current political climate.

The officer told 911 dispatchers that he fired one shot, fatally striking Dubose in the head, because he was “almost run over” during the traffic stop. Tensing said in the incident report that he was “dragged” by the vehicle.

Hamilton County Prosecutor Joe Deters said it was the most "asinine" thing he had seen an officer do in 30 years, and he said Tensing should "never have been a police officer."

He said Dubose was complying with the officer and never presented a threat during the stop for a minor traffic violation.

“He lost his temper because Mr. Dubose wouldn’t get out of his car," Deters said. "When you see this you won’t believe how quickly he pulls his gun. Maybe a second — it’s incredible.”

The prosecutor repeatedly called for the university's police department to be disbanded.

Tensing's attorney said the officer was upset by the fatal shooting.

"He's not doing well, he feels terrible about it," Mathews said. "He didn't become a police officer to go out and shoot anyone."

City officials are bracing for the possibility of unrest with the release of the video -- which the city manager and the Cincinnati police chief have each said was "not a good situation" -- and the University of Cincinnati canceled classes Wednesday in anticipation of the grand jury announcement.

"I think we're prepared," said Mayor John Cranley. "Everyone has the right to peacefully protest, but we will not tolerate lawlessness."

The mayor said he was hopeful that the reaction to the video release and grand jury decision would be civil, saying that the city and its policing policies had changed greatly since the riots in 2001 following the police shooting of 19-year-old Timothy Thomas.

"This is not the Cincinnati Police Department, it's UC," Cranley said. "They will have to face the kind of questions we faced back then."

Watch video, courtesy of WLWT, below: