Dear men: It is never ever ever okay to hit a woman and no one should have to tell you that 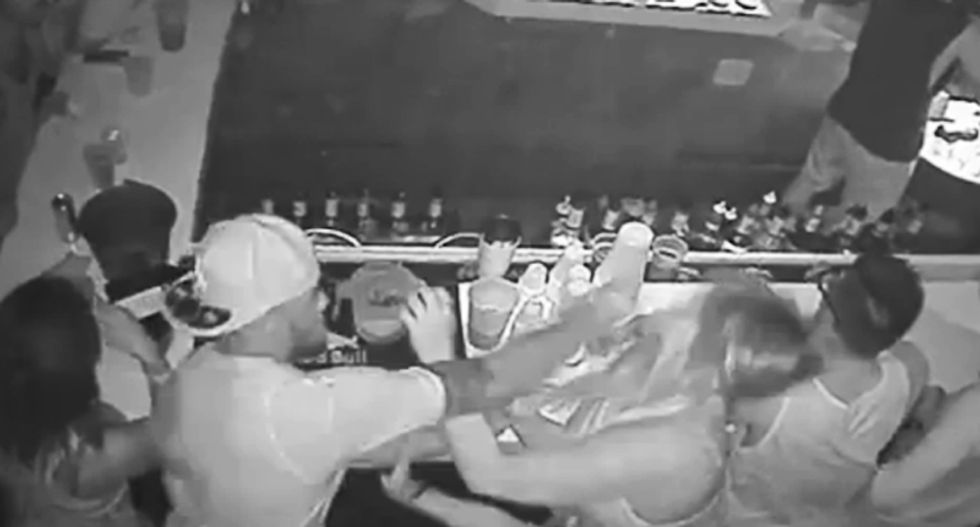 Maybe because I grew up in a different era, I do not have it within me to defend any man who hits a woman for any reason.

After video came out showing Ray Rice cold-cocking his then-fiance Janay Palmer and then not even going through the motions of checking her seemingly lifeless body on the floor of an Atlantic City elevator in a show of "Oh, shit! What did I just do?" I was solidly in the "ban him from the NFL forever" camp.

Unlike God -- and sportswriters who believe they are God --  I don't have to forgive because my creation or my livelihood as a chronicler of feats of athletic greatness depends upon it.

When the NFL held their "we are very very disappointed in Ray Rice" dog & pony show, I was in the "burn the NFL to the ground while you're at it" camp. Probably along with God who is  tired of taking both the credit and the blame for every touchdown or interception that has ever happened.

Save that noise for New England fans who think Tom Brady is God.

The latest in a seemingly endless string of athletes -- both professional and amateur -- who have behaved very badly only to become incredibly sorry after discovering their manly exploits were documented on video is now-former Florida State quarterback De’Andre Johnson who snatched up the criminal mantle left to him by Jameis Winston who was taken with the first pick in the NFL draft recently.

I repeat myself: Burn the NFL down.

Once shit got real for Johnson -- after the video of him punching a young woman in a skeevy (aren't they all?) Florida bar was released -- he lawyered up as Seminole football fans (who must wake up every morning and check the Tallahassee police blotter to see what their favorite football player is in jail for now) came to his defense.

According to Johnson's attorney, Jose Baez - who defended Casey Anthony just so you know which way his moral compass points -- the bitch had it coming.

Baez told NBC News that the woman used “racial epithets” when Johnson bumped into her, and that the quarterback was trying to calm the situation.

"It wasn’t until she struck him twice that he reacted,” Baez said. “But he is very...He is very regretful that he didn’t turn around and walk away immediately.”

“He makes no excuses for what happened,” he added.

Baez called Johnson’s dismissal from the football team “unfortunate” and said his client is now volunteering at a shelter for battered women.

“All he wants to do is learn from this experience and move on and get an education,” Baez said. “We certainly don’t want him to pay for the rest of his life for an incident that occurred in a bar.”

This is bullshit on a stick.

First off: any shelter for battered women that allows a woman beater to run to them for public redemption is getting played.  A firm, "Thanks, but no thanks" should be the default response. If they and their lawyers and crisis management people persist, call the cops.

Secondly...I don't care if she took a swing at you, tried to kick you in the nuts, and called you a bad name: You. Don't. Fucking. Hit. A. Woman.

That is also a default response. The second half of that is walking away.

And if you think walking away from a confrontation with a woman make you look like a "pussy," there is nothing more "pussy" than striking her.

This is not to say that there aren't terrible women out there as any MRA will mewl to you with tears and snot running into their neckbeard.  But you still don't hit or slap them -- or shoot them in the back if you're an open-carry ammosexual.

You don't hit women even if they are being a dick.

Also: Burn the NFL down.