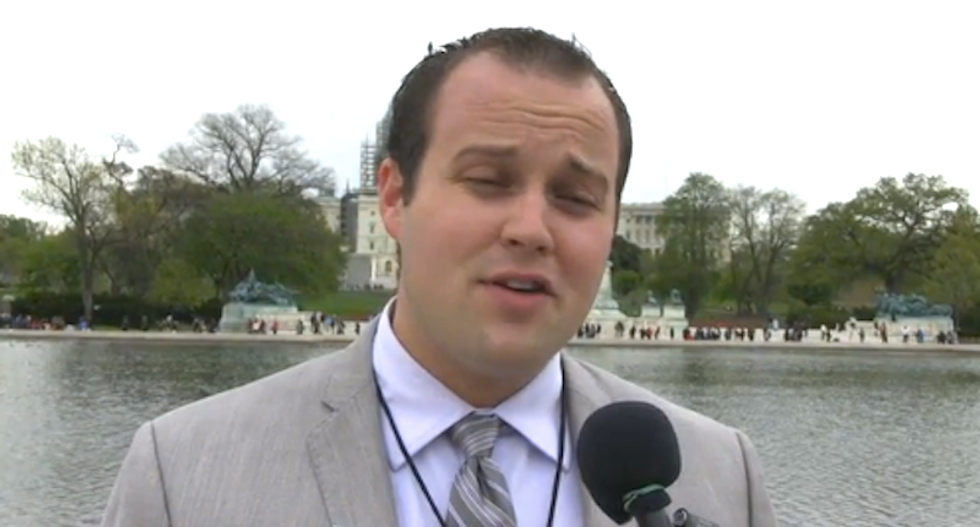 Josh Duggar learned to control his "lust" while doing construction work under a “godly mentor” after admitting to sexually abusing his sisters and another girl, said the disgraced former minister who ran the counseling program.

Bill Gothard, who resigned last year from the Institute of Basic Life Principles he founded over sexual harassment claims against him, described the Christian counseling Duggar, then 15, underwent after his parents learned of the molestation, reported The Daily Mail.

“Once he became a Christian, of course his conscience became even more delicate and he wanted to follow and please the Lord,” Gothard said. “When Josh came back he was a different person.”

The 81-year-old Gothard said Duggar’s parents – Jim Bob and Michelle – contacted him in 2003, and the former ILPB leader said they followed his recommendation to report the abuse to police.

“Josh acknowledges it, he tells his parents and they tell the sisters and that was the first time they have learned about it,” Gothard said. “Same thing with the babysitter, she didn't know about it.”

However, police did not investigate the case until three years later, after receiving an anonymous tip, and Jim Bob Duggar instead took his then-teenage son to meet with a state trooper acquaintance who was later convicted twice on child pornography charges.

“This is really quite different to what you think,” Gothard said. “It has been overblown, it is not like he is a sexual predator, he was a teenage boy. What he did, touching over the clothing, is not nearly what you think it is. It was wrong, but unfortunately there's a lot of this going on in many families today.”

The Duggars sent the 15-year-old to Little Rock, where he learned carpentry alongside mentor Harold Walker to renovate a former Veterans Administration hospital donated to ILPB by Hobby Lobby.

Gothard said the participants learned about 49 character qualities that ILPB teaches were identified by Jesus, and the teens learned of commands related to each.

Gothard said Josh Duggar, who also underwent one-on-one counseling with the "godly" Walker, would have been familiar with those teachings, which his family learned through the Advanced Training Institute homeschooling program they followed.

The teachings also promote pseudoscientific claims about these character qualities.

“The endocrine system consists of about 16 or 17 or so glands throughout our body and they are affected by our sexual drive,” Gothard said. “Lust can have a positive or negative affect on the body depending on what it's for. God designed us to have an attraction to the opposite sex for marriage, but whoremongers will be damaged by their own system.”

He said the 27-year-old Duggar, who resigned from the anti-LGBT Family Research Council after the molestation was revealed, was no longer a threat to children.

“The incident happened 12 years ago, and since then Joshua has lived an honorable life, that speaks for itself,” Gothard said. “He certainly learned his lesson, and now he will have a whole new respect for young ladies.”